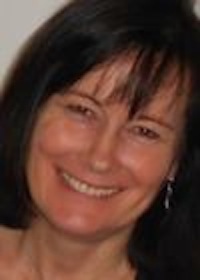 
Beyond Psychiatric Diagnosis - On the Mad in America website

Lucy Johnstone is a UK clinical psychologist, trainer, speaker and writer and a long-standing critic of biomedical model psychiatry. She has worked in Adult Mental Health settings for many years, alternating with academic posts. She is the former Programme Director of the Bristol Clinical Psychology Doctorate, a highly regarded course which was based on a critical, politically-aware and service-user informed philosophy, along with an emphasis on personal development. Sadly, it was forced to close in 2010, and Lucy has since returned to clinical work. The first edition of her book ‘Users and abusers of psychiatry: a critical look at psychiatric practice’ was published in 1989 and a revised (and updated) version came out in 2000. She has also authored a number of articles and chapters on topics such as psychiatric diagnosis, psychological effects of ECT, and the role of trauma in breakdown. The second edition of ‘Formulation in psychology and psychotherapy: making sense of people’s problems’, co-edited with Rudi Dallos, is due in August 2013. This, along with related articles and training events, reflects her interest in promoting a narrative or formulation-based alternative to psychiatric diagnosis. Lucy was a contributor to the British Psychological Society’s response to the proposed DSM 5 revisions. She is currently convening a group of leading UK clinical psychologists and mental health experts who are working to develop an evidence-based and conceptually coherent alternative to the current diagnostic systems.