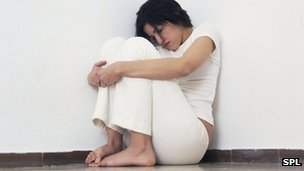 Rules for diagnosing mental disorders are to be changed


An update to one of the most important manuals in mental health - known as the bible of psychiatry - has been unveiled.


Controversy and criticism has surrounded work on the fifth version of the Diagnostic and Statistical Manual of Mental Disorders (DSM-5).


It is used mainly in the US, but is influential around the world.


This is the first update to the volume since 1994. Experts in mental health have been taking account of the latest scientific developments to update ways of diagnosing mental disorders.


The changes were presented at a meeting of the American Psychiatric Association (APA).


The main symptoms of ASD are deficits in social communication and social interaction and restricted repetitive behaviours, interests, and activities.


The publication will have no effect on how people are diagnosed in the UK and other countries which use guidelines from the World Health Organization.


Attention deficit hyperactivity disorder (ADHD) has been modified to emphasise that this disorder can continue into adulthood.


Ahead of the update, Prof Peter Kinderman, head of the Institute of Psychology at the University of Liverpool, argued on the BBC's Scrubbing Up column that: "[DSM-5] will lower many diagnostic thresholds and increase the number of people in the general population seen as having a mental illness."


He said "normal grief" would now be classed as a major depressive disorder and childhood temper tantrums would be a symptom of disruptive mood dysregulation disorder.


Also: "A wide range of unfortunate human behaviours, the subject of many new year's resolutions, will become mental illnesses - excessive eating will become 'binge eating disorder', and the category of 'behavioural addictions' will widen significantly to include such 'disorders' as 'internet addiction' and 'sex addiction'."


There is also criticism of the way DSM-5 classifies diseases based on symptoms. There are efforts to harness advances in genetics and neuroscience to diagnose people based on the cause rather than the symptoms of the illness.


The director of the US government's National Institute of Mental Health said the DSM had a "lack of validity".


Dr Thomas Insel posted a blog saying: "Unlike our definitions of ischemic heart disease, lymphoma, or Aids, the DSM diagnoses are based on a consensus about clusters of clinical symptoms, not any objective laboratory measure.


"In the rest of medicine, this would be equivalent to creating diagnostic systems based on the nature of chest pain or the quality of fever."


In some areas the distinction between disorders is narrowing. Autism, attention deficit-hyperactivity disorder, bipolar disorder, major depressive disorder and schizophrenia are all classed as separate disorders based on their symptoms.


Dr David Kupfer, the chair of the DSM-5 task force, said: "The changes to the manual will help clinicians more precisely identify mental disorders and improve diagnosis while maintaining the continuity of care.


"We expect these changes to help clinicians better serve patients and to deepen our understanding of these disorders based on new research."