DSM-5 IS PUBLISHED !! - Temple Grandin on DSM-5: “Sounds like diagnosis by committee” 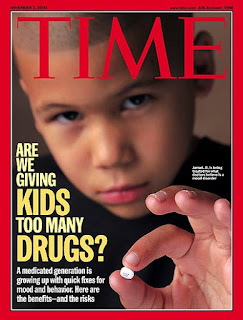 Temple Grandin on DSM-5: “Sounds like diagnosis by committee”
When it comes to autism, Grandin argues we're paying too much attention to labels -- and not enough to individuals

Excerpted from "The Autistic Brain: Thinking Across the Spectrum." This piece was written prior to the publication of the new DSM-5, but Grandin anticipated much of the thinking in the new edition.
I had my eye on Jack. He was ten years old, and he had taken only three skiing lessons in his life. I was in high school, and I’d been taking skiing lessons for three years. Yet I would watch Jack pass me on the slope, and I would see him execute these gorgeous stem christie turns, and, man, he could handle the four-foot ski jump with no problem. Meanwhile, I was still working my way up to one good christie, and every single time I tried the ski jump, I fell, until I was scared to use it.
What was so special about Jack?
Nothing, it turns out. What was so special, instead, was me — me and my autism. The connection between my autism and my poor athletic performance is pretty obvious in retrospect. At the time, though, I didn’t see it. Not until I was in my forties and I had the brain scan showing that my cerebellum — the part of the brain that helps control motor coordination — is 20 percent smaller than normal did I put two and two together. Now it all made sense! I couldn’t keep my skis together without falling because —
Because what? Because I’m autistic? Or because I have a small cerebellum?
Both answers are correct. Which, however, is more useful? That depends on what you want to know. If you’re looking for a label, something that will help you understand who I am in a general sense, then “because I’m autistic” is probably good enough. But if you’re looking for how I got that way specifically — if you’re looking for the biological source of the symptom — then the better answer is definitely “because I have a small cerebellum.”
The difference is important. It’s the difference between a diagnosis and a cause.
My research on subtypes of sensory problems got me thinking about the limitations of labels. I realized that two different labels — underresponsive to sensory input, and overresponsive to sensory input — can describe the same experience: too much information! The labels might be useful, but, as in the skiing example, their usefulness depends on what you want to know. Do you want to know what the behavior looks like from the outside? Or do you want to know what the experience feels like from the inside? Do you want a description for a set of symptoms — a diagnosis? Or do you want a source for a particular symptom — a cause?
Posted by dave traxson at 13:27