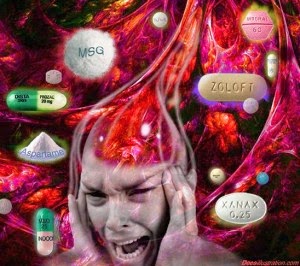 Anti-depressants like Prozac and its competitors may increase the risk of suicide risk in younger users.PAUL S. HOWELL/LIAISON AGENCY/GETTY IMAGES
Prescribing antidepressants to children and teens appears to be ineffective at best and can increase the risk of suicide among users, leading authors of a new study to conclude that the drugs do "not seem to offer a clear advantage."
The analysis, published Wednesday in the British medical journal The Lancet, examined 14 antidepressants given to young people in various randomized trials conducted through May 2015. Fluoxetine – widely known as Prozac and the most commonly prescribed medication for young people with depression in the United Kingdom – was the only drug found to be effective at relieving the symptoms of depression. Sertraline, known as Zoloft, was the most commonly prescribed antidepressant in the U.S., but it was not the one found to be the most effective in relieving the symptoms of depression.

The most severe side effects were associated with venlafaxine, or Effexor, which was linked with an increased risk of having suicidal thoughts and attempts, compared with a placebo and with five other antidepressants.
The increased risk of suicide because of certain antidepressants has already been recognized. In 2004, the U.S. Food and Drug Administration placed a black box warning on antidepressants for those under 24 years old, after evidence suggested a suicide link. These medications are used to treat commonly diagnosed cases of "major depressive disorder," which affects roughly 3 percent of children and 6 percent of adolescents.
Along with Effexor, other drugs evaluated – including Imipramine, which is known as Tofranil, and duloxetine, known as Cymbalta – had the highest chance of being discontinued by patients, who reported that they did so because they couldn't tolerate their side effects. The study didn't go into what the specific side effects were, but the FDA has listed a few, including weight gain, anxiety or changes in sex drive, depending on the drug.
The Lancet analysis involved 34 trials and 5,260 young participants, and authors warned that data likely were underestimating adverse events, including suicide. They also noted that many of the clinical trials they relied on for evaluating antidepressants were funded by drug companies, which can result in poorly designed trials and in selective reporting of findings.
In an accompanying comment, Dr. Jon Jureidini from the University of Adelaide in Australia questioned whether more suicidal events would have been reported if the data had been more reliable. For instance, he cites that in trials of the drug paroxetine – most commonly known as Paxil – 3 percent of adverse events were reported, but individual patient-level data has revealed an incidence closer to 11 percent.
He wrote that there was "little reason to think that any antidepressant is better than nothing for young people."

"Prescribing might help the doctor feel like he or she is doing something, or help parents feel that something is being done, but the adolescent might feel it to be dismissive of their distress," he wrote.
One of the co-authors of the study, Prof. Peng Xie from The First Affiliated Hospital of Chongqing Medical University in Chongqing, took a more measured approach, saying that children should be monitored closely regardless of the antidepressant prescribed.
Posted by dave traxson at 18:05 No comments: