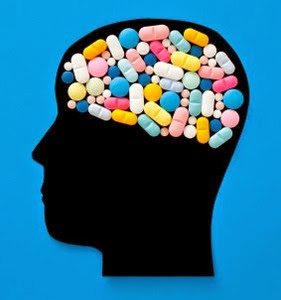 Since the ‘Psychiatrists’ Bible,’ DSM-5 (Diagnostic and Statistical Manual of Mental Disorders, 5th Edition) was published in May 2013, not a day has gone by without children throughout the Western World leaving clinics with stigmatising and often unhelpful labels of mental disorders tied tightly around their necks. But are these labels helpful to these young people? Do they maximise their human potentials and help them develop as confident adolescents or adults? Certainly we know from the field of Attribution Theory that people become more like the characteristics that significant others ascribe to them in childhood, and over time this creates a vicious cycle of progressive pathologisation in which their self-esteem, efficacy and motivation can plunge to new lows.

Many psychologists would argue that making sensitive and suggestible young people more aware of their potential stressors could backfire and contribute to a worsening of their situation. Hence, a shy child may become more acutely aware of being anxious in a range of social situations after a psychiatrist has labeled them as having Social Anxiety Disorder. And the implications don’t stop there. A child who is experiencing the significant loss of a family member may be given the label of Temporary Grief Syndrome and be prescribed medication, such as anti-depressants, within days. This, in turn, could heighten their risk of self-harm and even suicide. This is because DSM-5 has removed the ‘Bereavement Exclusion’ clause, which previously protect- ed children and young people for a period of two months after such a loss.

Could this new guidance cause long-term psychological harm and even create psycho-pharmaceutical dependency? And what about a child who is acutely anxious about family dynamics and the domestic violence they may have witnessed? Would they benefit from having the pattern of presenting behaviours diagnosed as ADHD when the medication used for that condition is contra-indicated in severe anxiety cases? Sadly in many cases this caveat is ignored and once again the child’s normal pattern of behaviour is pathologised.

‘Medical Model’ explanations that locate the problem as ‘within the child’ are questionable given their limitations. Many mental health workers now believe that what is important is not a pseudoscientific label but under- standing what has happened to the young person to make them behave in a particular way. Dr Lucy Johnstone, a leading clinical psychologist and trainer, who co-authored the British Psychological Society’s ‘Good practice guidelines on the use of psychological formulation’ says that mental distress is often the result of early child- hood trauma in the context of attachment difficulties. This much more socially constructed explanation of a young person’s needs and difficulties is more ethically acceptable to many thousands of child mental health practitioners around the world than blaming undetectable genetic or biochemical imbalances. Indeed a spokesperson for the American Psychiatric Association, which publishes DSM-5, admitted for the first time last year that despite 30 years of waiting for biomarkers to explain mental health disorders none have actually been forthcoming for childhood conditions (for a discussion on this see ‘Biomarkers in psychiatry: drawbacks and potential for misuse’ by Shaheen E Lakhan, Karen Vieira and Elissa Hamlat ).

The majority of psychologists today believe in this concept of social constructivism and the fact that patterns of serious behaviour often result from the interaction and influence of a range of understandable stressors affecting young minds. These stressors include the imbalance of adult power by those who were trusted to protect children in their care, which has played such an important part in the high profile cases that have dominated our media over the last 20 years. One response to this imbalance has been to model another abuse of adult power called ‘psychiatric diagnosis’ when a softer and more collaborative psychological formulation is what would be more helpful to client and professionals alike. Some argue that this misuse of power is ‘neo-colonial’ in nature (see Derek Summerfield’s article ‘How scientifically valid is the knowledge base of global mental health?’) and can ‘retraumatise the client’, a conclusion that seems entirely reasonable when you consider the increasing use made of electro convulsive therapy (ECT) or very toxic ‘drug cocktails’. So what protective measures, procedures and protocols can be put into place to better safeguard vulnerable groups like distressed and anxious children?

One constructive contribution that I have suggested to UK colleagues who are members of the Health Care Professions Council (HCPC) is a practical protocol that confers the ‘ethical legitimacy’ to challenge medics when we have concerns about the mental health and wellbeing of a young person with whom we jointly work. This ‘Ethical Legitimacy’ is provided by the HCPC Code of Conduct which states, ‘You must not do anything, or allow someone else to do anything, that you have good reason to believe will put the health and safety of a service user in danger. This includes your own actions and those of other people. You should take appropriate action to protect the rights of children and vulnerable adults if you believe they are at risk.’ (Page 8 of the HCPC’s ‘Standards of Conduct. Performance and Ethics - your duties as a registrant’.
The full protocol is available in the ‘Most popular’ posts  on : http://www.cope-yp@blogspot.com
See above link.

The way that many concerned educational psychologists are putting this into practice is to ring the medic who is involved in writing the prescription, which is usually a psychiatrist or community paediatrician, to let them know of their concerns. This is a basic step in meeting our ‘safe- guarding’ obligations. These concerns might include:

•  That the prescription of psychotropic drugs to children who are under five is against UK medical guidelines, despite being commonplace.
•  That the behaviour pattern for which the child is being given drugs is not apparent in school (so there is no triangulation of data, as the UK’s National Institute for Health and Care Excellence recommends).
•  That no ‘Drug Holiday’ has been given for an extended period of time, which is a clear breach of NICE guide- lines.
•  That severe side effects, eg tremors or lethargy, are resulting from the drug regimen and are causing concern to staff in school or other settings.
•  That the ‘drug cocktail’ a child is on, ie that the combination of drugs may be ‘life threatening’. Pharmacists can intervene in these cases.
•  That there are adverse drug effects of sleep disturbance and weight loss, which are having an adverse psychological and/or physical impact on the child.
•  That the child has collapsed at school and been hospital- ised (not as rare as might be thought - two such incidents occurred in one small area in a 12-month period).
•  That parents are reporting behaviours to access Disabled Living Allowance or other benefits.
•  That children who regularly display high levels of anxie- ty, which is the case with many children we all work with, should not be prescribed psycho-stimulants like Ritalin Medics contacted in this way will invariably thank you for taking the time to ring them and will consequently review the medication.

Other constructive suggestions are to establish effective multi-professional Pathways, similar to those used for a decade with Autistic Spectrum Conditions, so that no one professional can ‘diagnose’ a supposed ‘disorder’. This will greatly protect children from dubious diagnoses of disorders and will ensure that information is properly ‘tri- angulated’ from a variety of sources before consideration is given to entering a Behaviour Pathway process.

To borrow a phrase from Professor Allen Frances, who was Editor in Chief of DSM-4, our challenge is to ‘Save Normal’. The broadening bands of inclusive conditions and disorders in DSM-5 must not be allowed to gradually and insidiously destroy the concept of a healthy normality, or that wondrous state of mind we remember as childhood. ·
Posted by dave traxson at 15:22 No comments: