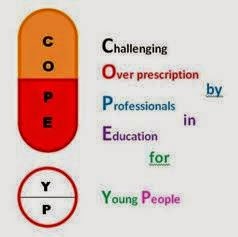 In what they describe as the first large-scale, long-term, nation-wide study of its kind, Danish researchers have confirmed that ADHD stimulants double the risk of adverse cardiovascular events in children. In their study published in the Journal of Child and Adolescent Psychopharmacology, the researchers followed over 700,000 children born in Denmark between 1990 and 1999. “Cardiovascular events were rare but twice as likely in stimulant users as in non-users, both in the total national population and in children with ADHD,” they concluded. “We found a complex, time- and dose-dependent interrelationship between cardiovascular adverse events and stimulant treatment in children and adolescents.”

“This study confirms the small but real risk we have understood for some time through prior reports and clinical experience,” the Editor-in-Chief of the Journal of Child and Adolescent Psychopharmacology said in a press release. “But Dalsgaard et al.’s excellent design and the robust sample size make it abundantly clear that treating clinicians cannot ignore existing guidelines concerning the assessment of cardiac risk prior to treatment and monitoring key vital signs during the course.”

This entry was posted in ADHD, Children and Adolescents, Featured News, In the News, Research, Stimulants by Rob Wipond. Bookmark the permalink.
Posted by dave traxson at 21:14 No comments:

Meta-analysis: Medication-resistant Psychosis Responds to CBT - Courtesy of the Mad in America Website

“For patients who continue to exhibit symptoms of psychosis despite adequate trials of medication, CBT for psychosis can confer beneficial effects above and beyond the effects of medication,” they concluded.

This entry was posted in Featured News, In the News, Psychotherapy, Schizophrenia and Psychosis by Rob Wipond. Bookmark the permalink.
Posted by dave traxson at 21:12 No comments: