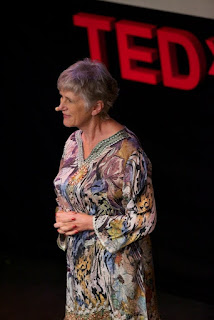 In preparing this blog, I asked a friend and colleague, Matt Britts, who works with traumatized youth for her input. He sent me the response below, a response that yet again left me dismayed with the ways in which so many services end up failing people with mental illness and trauma histories. His response left me asking the same questions I have asked myself many times before:
Why, despite the fact that the vast majority of people diagnosed with a mental illness have suffered from some form of childhood trauma, is it still so difficult to talk about? Why, despite the enormous amount of research about the impact of trauma on the brain and subsequent effect on behaviour, does there seem to be such an extraordinary refusal for the implication of this research to change attitudes towards those who are mentally ill? Why, when our program and others like it have shown people can heal from the effects of trauma, are so many people left with the self-blame and the feeling they will never get better that my colleague writes about below?
***
I recently had a conversation with a sixteen-year-old client about the origins of her "mental illness". Or, to put it more accurately, I recently held my tongue and denied this young woman an explanation as she cried and helplessly demanded, why? Why was she suffering when no one else in her family had a history of depression? Why couldn't she manage her emotions, except by cutting herself? Why was she so filled with self-hatred and pain that the only solution she could see was suicide? Why her? What's wrong with me, she repeatedly asked. She asked, and I couldn't point to the sexual and emotional abuse she had been subjected to because of deep-seated organisational fears that the mere mention of childhood trauma would open a Pandora's box of further distress. Further dysfunction, probably further diagnoses.
Despite the very large advances that have been made in combating the stigma surrounding mental illness, the stigma of childhood trauma still looms silently in the background. In the 1950's, Bowlby and Ainsworth began the attachment research that would eventually  demonstrate the key role our early infant relationships play in shaping all our future ones. The most important point being that insecure attachment to primary caregivers becomes an enduring interpersonal pattern of dysfunctional relationships that persist throughout the lifespan. In 1998, Felitti et al. published the first peer-reviewed paper describing results from the Adverse Childhood Experiences (ACE) Study. Almost ten years ago, this seminal research analysed data from over 8000 adult participants to demonstrate an undeniable link between childhood trauma and adulthood risk of suicide, depression, alcoholism and drug abuse (Felitti et al., 1998). Since then the body of literature on the subject has grown exponentially. Data from the ACE study has also provided evidence for a dose-dependent relationship between exposure to childhood abuse and poor adulthood mental health outcomes (Edwards, Holden, Felitti & Anda, 2003). More recently, a longitudinal study in New Zealand showed similar relationships between childhood sexual abuse and mental health outcomes, psychological well-being and socio-economic status (Fergusson, McLeod & Horwood, 2013). Notably, 95% of the participants who experienced sexual abuse involving penetration reported, at least, one adverse mental health outcome, compared to only 56% of participants that did not experience sexual abuse in childhood (Fergusson et al., 2013).
Yet all these scientific advances would appear to have had little impact on the deeply flawed mental illness discourse that is so omnipresent among the general public and scientific community alike. We still live in a society where many believe that hitting a child is an appropriate form of discipline. When these children hit another child on the playground, we don't call it a learned behaviour. We call it a conduct disorder. When these children grow up and physically abuse their spouses, we call it an antisocial personality disorder, an intermittent explosive disorder. The same is true of the child subjected to emotional abuse or neglect. When they inevitably fail to function adaptively within relationships, to regulate their own emotions or develop a coherent sense of self, we don't ask 'what happened to you?'. We ask 'what's wrong with you?', consult the Diagnostic and Statistical Manual of Mental Disorders, and conclude what is wrong is a form of innate characterological dysfunction termed borderline personality disorder. By the way, the prevalence of childhood trauma exposure within borderline personality disorder patients has been evidenced to be as high as 92% (Yen et al., 2002). Within individuals diagnosed with psychotic or affective disorders, it reaches 82% (Larsson et al., 2012). Individuals with psychiatric illnesses and a history of trauma also appear to display significantly higher functional impairment than the remainder of the sample (Cotter, Kaess & Yung, 2015).
This is a conversation that has been suppressed since Freud very briefly suggested the neuroses and hysteria he saw in his clients were a result of familial sexual abuse. In response to immense professional pressure, Freud reformulated his ideas into more socially palatable theories that essentially blamed the victim. The psychology of the 19th century had the Oedipus and Electra complexes as a convenient distraction from uncomfortable truths. Today's psychology has antisocial, narcissistic and borderline personalities. Today's solution should be readily available in a model of trauma-informed care that addresses the core issue behind the symptoms. Because questions of causation aside, the fact remains that individuals diagnosed with mental illness who receive treatment for their traumatic childhood experiences improve more than those who don’t (Bohus et al., 2013; Roberts, Roberts, Jones & Bisson, 2015; Van Minnen, Zoellner, Harned & Mills, 2015).

Founder and Volunteer CEO of Heal for Life Foundation (Mayumarri Centres), Liz Mullinar is a survivor of incest, sexual abuse and cult abuse. Liz has been utilizing her innate knowledge as a survivor to empower others to heal themselves for 17 years. She has authored two booksBreaking the Silence and The Liz Mullinar Story, published by Hodder Headline.

Matt is a survivor of child abuse and has been working with other survivors for ten years. Matt is currently completing a PhD investigating psychological treatments for adult survivors of childhood trauma and has previously attained a Bachelor of Psychology with Honours. Matt also works with traumatised young people in residential out-of-home-care.
Posted by dave traxson at 06:45 No comments: