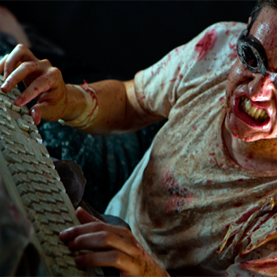 The U.S. Supreme Court’s 7-2 ruling Monday (pdf) that California cannot regulate the sale or rental of violent video games to minors is the latest chapter in the long-simmering debate over the impact of aggression in the virtual world on children’s behavior in the real world. The high court’s ruling is based on law and politics; it noted that states don’t have the right to restrict children’s First Amendment rights. Still, the science to date suggests that violent video games do negatively affect the behavior of children.

California’s 2005 law was written by Senator Leland Yee (D–San Francisco), who is a child psychologist. In a statement on his Web site, Yee expressed disappointment today’s ruling, accusing the majority of the Supreme Court with "once again put the interests of corporate America before the interests of our children."

Yee’s stance on whether to let children under the age of 18 play video games depicting violent scenarios—murder, car jackings and the like—is that such games cause "an increase in aggressive behavior, physiological desensitization to violence, and decrease [in] pro-social behavior," according to an earlier statement on Yee’s site. His position lines up with those of the American Psychological Association, American Psychiatric Association and the American Academy of Pediatrics.

Among other supporters of Yee’s position is a group of psychologists and social researchers led by Craig Anderson, director of Iowa State University’s Center for the Study of Violence, who last year authored a paper that pointed to "clear and convincing" evidence that "media violence is one of the causal factors of real-life violence and aggression." The study, entitled "The Influence of Media Violence on Youth" and published in Psychological Science in the Public Interest, concluded that "research on violent television and films, video games, and music reveals unequivocal evidence that media violence increases the likelihood of aggressive and violent behavior in both immediate and long-term contexts."

Rowell Huesmann, head of the University of Michigan Aggression Research Program, supported Anderson’s findings at the time but acknowledged in that same issue of Psychological Science in the Public Interest that this was unlikely to change the perception that the issue is undecided because "some studies have yielded null effects, because many people are concerned that the implications of the research threaten freedom of expression, and because many people have their identities or self-interests closely tied to violent video games."

The other side of the violent video games disagreement claims that violent crimes among juveniles are declining even as video games have gotten more violent and that it is difficult to establish a causal relationship between any one medium and a group’s behavior, let alone the actions of an individual.

In a June 2010 Scientific American article social psychologist Dara Greenwood evaluated arguments on both sides of the debate. Whereas research by Cheryl Olson, a public health specialist at Harvard, found that children’s reported motivations for video game playing and found that their top rated choices were to have fun, to compete well with others, and to be challenged. Olson also elaborated on the psychological benefits such play might afford, describing how video games facilitate self-expression, role play, creative problem-solving, cognitive mastery, positive social interactions and leadership.

Greenwood acknowledged that "no media psychologists worth their salt would conclude that violent video games will turn your children into gun-toting sociopaths." Still, she concluded that violent media, including video games, may affect people in "countless subtle ways, increasing hostility and apathy to those around us."

Image courtesy of Artur Gabrysiak, via iStockphoto.com
Posted by dave traxson at 07:17