PLEASE WRITE A LETTER OR SEND AN E-MAIL TO THE NATIONAL INSTITUTE OF HEALTH AND CLINICAL EXCELLENCE (N.I.C.E.) - Addresses provided - Express your professional or personal concerns about the potential risks to the Safeguarding of children in the U.K. - N.I.C.E. are the right people to publish a Statement giving Guidance to all professionals who have health work responsibilities for children in their care. 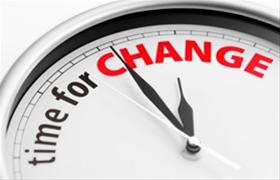 DANGERS OF DSM-5 TO SAFEGUARDING CHILDREN

N.I.C.E. need to make a statement about the risks to Safeguarding Children from the imminent publication of DSM-5 in May 2013 due to the likelihood of 'false positive' diagnoses caused by the broad and 'catch all' categories of proposed revision to the 'diagnostic bible.'.

The accumulating evidence from many sources of the risks of the revised DSM-5 were fully recognised ion the BPS response, entitled “The Future of Psychiatric Diagnosis,” to the APA who publish it in June 2012. Of particular concern are the recently released Kappa Reliability studies that, as Professor Allen Frances points out, are not acceptable for such an influential manual of diagnostic criteria. This could result in an unacceptable increase in the number of ‘false positive’ diagnoses particularly in children, at a crucial stage of their development. This it is felt has the potential to do physical, neurological and psychological harm to them in the short term with possible far reaching consequences.

PLEASE WRITE TO EXPRESS YOUR PROFESSIONAL CONCERNS ABOUT THE REVISED MANUAL BEFORE THIS SYSTEMIC MADNESS ARRIVES FROM THE U.S.

Professor Tim Kendall who represents N.I.C.E. and the Royal College of Psychiatrists has expressed publicly that he has concerns about DSM-5's broadening of diagnostic criteria and the new 'catch all' categories identified as a problem by the B.P.S.
Posted by dave traxson at 15:34