Alternatives to Psychotropics for Kids - Marilyn Wedge on the case against labeling and medicating children, and effective alternatives for treating them + Milton Erickson would have looked at the 'utilization' of a child's inner strengths rather than drugging them - see his story. - Courtesy of Psychology Today Website 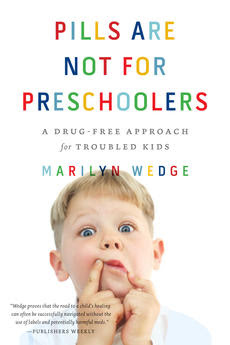 Pills Are Not For Preschoolers

The Need For Alternatives to Drugs for Troubled Children
Published on July 5, 2012 by Marilyn Wedge, Ph.D. in Suffer the Children

Prosecutors said that the drug company employed a number of illegal tactics to influence doctors to prescribe the drug “off label” to children, including helping to publish an article in a respected medical journal that misreported data from a clinical trial of the drug. Trips to Jamaica and Bermuda as well as spa treatments and hunting excursions, were some of the ways the giant drug company used to win over doctors to prescribe their products.Top of Form

But many officials think that it will take more than a slap on the wrist to get Big Pharma to change its ways. Paxil brought in $11.6 billion in profits during time period it was illegally promoting the drug, so the fine seems like merely part of the cost of doing business to giant drug companies like GlaxoSmithKline.
Bottom of Form

New York’s attorney general Eliot Spitzer believes that monetary fines will not necessarily deter corporate bad behavior. He believes that in order for things to change, culpability needs to be enforced on CEO's and other company officials individually. This surely would be a good start, but it is not enough. A better solution, in my view, would be to require drug companies to use the fines imposed on them by the Justice department to fund independent research on safe and effective alternatives to drugs for troubled children.
Family therapy is one such alternative. Unfortunately, there are few recent research studies on family therapy because positive findings would not be profitable to drug companies—the main source of research funding in mental health. Studies about the effectiveness of family therapy or other behavioral therapies would have to be overseen by a neutral agency, such as the Department of Health and Human Services.

For the past four decades, drug companies have had free reign over what is taught in psychiatry departments in medical schools, even to child psychiatrists and pediatricians. So long as doctors are taught that drugs are the only solution for childhood emotional problems, nothing will change as far as protecting children from the predatory practices of drug companies. Big Pharma will pay the fines imposed on them, however large, and march along with business as usual. What needs to change is education in medical schools, especially the education of physicians who are responsible for the care of children.

Reflections on Milton Erickson
At the age of 17, Erickson was stricken with polio.

Published on December 17, 2011 by Marilyn Wedge, Ph.D. in Suffer the Children

In early December, I joined an international gathering of more than a thousand therapists in Phoenix, Arizona. All of us had travelled to Phoenix to teach, to learn, and to honor the work of the late psychiatrist Milton Erickson on what would have been his 110th birthday.

Erickson is most well known for his brilliance in the art of medical hypnosis. His ability to heal his patients with the use of trance has inspired many generations of therapists. And for most of us, as we moved among presentations by some of the world's most skilled hypnotherapists, our time in Phoenix was spent mostly in trance--or at least in an altered mental state of one sort or another. I must believe that Erickson would have been pleased.


Erickson's doctors also predicted that he would never walk. Erickson resisted this prediction too. After his first year in college, he spent his summer vacation taking a thousand-mile river trip. When he started out on the trip, he did not have enough strength in his legs to pull his canoe out of the water, and he could swim only a few feet. On the river, he had to fish and forage for his food since he had few supplies and only 2.32 in cash. With his considerable interpersonal skills, Erickson had no trouble getting fishermen and other travelers to give him the food he could not get on his own.

By the end of that summer, Erickson had traveled over 1000 miles. He could swim a mile and carry his own canoe. Later in his life, Erickson needed a wheelchair to get around. But that was only after many years of walking with his own strength and proving his doctors wrong.

During his polio attacks, Erickson had to lie in bed for weeks and months. During these times, he became very aware of muscle movements, skin tones and subtle inflections of voice. He experienced different states of his own consciousness. All of these experiences served him well later on when he used hypnosis with his patients. Erickson believed that solutions lie within the person, in the unconscious mind. This is his famous theory of "utilization." Therapy, in Erickson's view, merely allows the person to become aware of the strengths and resources within himself--very much like what Erickson himself experienced in his struggle with polio.