DSM-5 - "Diagnosing the D.S.M."- LET'S PUT IT UNDER THE MICROSCOPE - by Professor Allen Frances - Courtesy of The New York Times 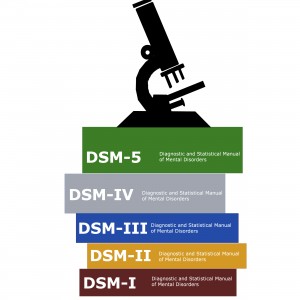 Let's put it under the microscope.

AT its annual meeting this week, the American Psychiatric Association did two wonderful things: it rejected one reckless proposal that would have exposed nonpsychotic children to unnecessary and dangerous antipsychotic medication and another that would have turned the existential worries and sadness of everyday life into an alleged mental disorder.

For Op-Ed, follow @nytopinion and to hear from the editorial page editor, Andrew Rosenthal, follow @andyrNYT.
But the association is still proceeding with other suggestions that could potentially expand the boundaries of psychiatry to define as mentally ill tens of millions of people now considered normal. The proposals are part of a major undertaking: revisions to what is often called the “bible of psychiatry” — the Diagnostic and Statistical Manual of Mental Disorders, or D.S.M. The fifth edition of the manual is scheduled for publication next May.
I was heavily involved in the third and fourth editions of the manual but have reluctantly concluded that the association should lose its nearly century-old monopoly on defining mental illness. Times have changed, the role of psychiatric diagnosis has changed, and the association has changed. It is no longer capable of being sole fiduciary of a task that has become so consequential to public health and public policy.
Psychiatric diagnosis was a professional embarrassment and cultural backwater until D.S.M.-3 was published in 1980. Before that, it was heavily influenced by psychoanalysis, psychiatrists could rarely agree on diagnoses and nobody much cared anyway.
D.S.M.-3 stirred great professional and public excitement by providing specific criteria for each disorder. Having everyone work from the same playbook facilitated treatment planning and revolutionized research in psychiatry and neuroscience.
Surprisingly, D.S.M.-3 also caught on with the general public and became a runaway best seller, with more than a million copies sold, many more than were needed for professional use. Psychiatric diagnosis crossed over from the consulting room to the cocktail party. People who previously chatted about the meaning of their latest dreams began to ponder where they best fit among D.S.M.’s intriguing categories.
The fourth edition of the manual, released in 1994, tried to contain the diagnostic inflation that followed earlier editions. It succeeded on the adult side, but failed to anticipate or control the faddish over-diagnosis of autism, attention deficit disorders and bipolar disorder in children that has since occurred.
Indeed, the D.S.M. is the victim of its own success and is accorded the authority of a bible in areas well beyond its competence. It has become the arbiter of who is ill and who is not — and often the primary determinant of treatment decisions, insurance eligibility, disability payments and who gets special school services. D.S.M. drives the direction of research and the approval of new drugs. It is widely used (and misused) in the courts.
Until now, the American Psychiatric Association seemed the entity best equipped to monitor the diagnostic system. Unfortunately, this is no longer true. D.S.M.-5 promises to be a disaster — even after the changes approved this week, it will introduce many new and unproven diagnoses that will medicalize normality and result in a glut of unnecessary and harmful drug prescription. The association has been largely deaf to the widespread criticism of D.S.M.-5, stubbornly refusing to subject the proposals to independent scientific review.
Many critics assume unfairly that D.S.M.-5 is shilling for drug companies. This is not true. The mistakes are rather the result of an intellectual conflict of interest; experts always overvalue their pet area and want to expand its purview, until the point that everyday problems come to be mislabeled as mental disorders. Arrogance, secretiveness, passive governance and administrative disorganization have also played a role.
New diagnoses in psychiatry can be far more dangerous than new drugs. We need some equivalent of the Food and Drug Administration to mind the store and control diagnostic exuberance. No existing organization is ready to replace the American Psychiatric Association. The most obvious candidate, the National Institute of Mental Health, is too research-oriented and insensitive to the vicissitudes of clinical practice. A new structure will be needed, probably best placed under the auspices of the Department of Health and Human Services, the Institute of Medicine or the World Health Organization.
All mental-health disciplines need representation — not just psychiatrists but also psychologists, counselors, social workers and nurses. The broader consequences of changes should be vetted by epidemiologists, health economists and public-policy and forensic experts. Primary care doctors prescribe the majority of psychotropic medication, often carelessly, and need to contribute to the diagnostic system if they are to use it correctly. Consumers should play an important role in the review process, and field testing should occur in real life settings, not just academic centers.
Psychiatric diagnosis is simply too important to be left exclusively in the hands of psychiatrists. They will always be an essential part of the mix but should no longer be permitted to call all the shots.
Allen Frances, a former chairman of the psychiatry department at Duke University School of Medicine, led the task force that produced D.S.M.-4.