ALTERNATIVES TO DRUGGING CHILDREN -4- Using Yoga or Meditation.It could save a fortune for the NHS. Dr Oliver James(Guardian Jan 2011)

for more about alternatives to drugs for YP + BBC Radio programmes as commentaries.

Compared with drugs, relaxation methods, like yoga and meditation, have been shown to be as effective for a wide variety of problems found in families. It seems downright strange that these kinds of methods are not a compulsory component of school curriculums, at all ages.

Consider yoga for children. It proved beneficial in 34 studies in a 2009 review. True, the quality and size of the studies was sometimes not as good as it might have been, but drug companies (and their lackeys in research councils) are hardly like to stump up to do them properly – that is reserved for the likes of Prozac, although we rarely hear of the suppressed studies of those kinds of drugs that prove inefficacy or actual harm. 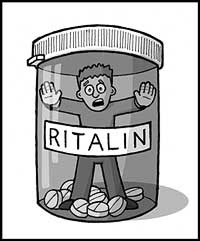 With Ritalin so widely in use for ADHD, perhaps it is unsurprising that few people have heard of the many studies showing yoga reduces it, also boosting self-esteem and relationship quality. Children describe benefits at home (better sleep patterns, less anxiety) and school (more able to concentrate, less conflict). Their parents report feeling happier, less stressed and more able to manage their child's behaviour. Doubtless the manufacturers of drugs for irritable bowel syndrome are equally reluctant to acknowledge the strong evidence that yoga reduces it in adolescents and adults.


Then there is the well-established finding that yoga for pregnant mothers leads to less difficult births, and more full-term and healthy weight neonates. It does this by reducing cortisol levels (the stress hormone secreted to deal with threat). Anything that has that consequence should be high on any public health agenda: mothers who are stressed in the last three months of pregnancy are much more likely to have children who are measured as aggressive or with ADHD at ages seven and nine, the high cortisol having been passed through the placenta to the foetus.

Given the strongly suggestive evidence that yoga reduces depression, found in at least five studies, you might imagine it would be widely prescribed for mothers, ante- and post-natally: this is a group greatly at risk thereof. 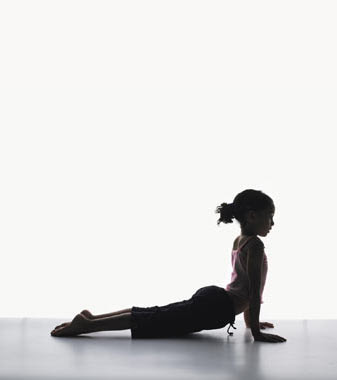 Nor is it only yoga that helps (I admit to a bias in its favour – since 1988, I have done 10 minutes, morning and evening). There is also extensive evidence that regular meditation substantially increases children's mental abilities, including creativity. It reduces ADHD in children and adults. It helps with depression in all age groups, too.

Aerobic exercise (getting out of breath), such as swimming and jogging, does the same. Measured against drugs or yoga or meditation, it works just as well.

The cost of making these kinds of practices available nationwide, via the health and education systems, pales into insignificance compared with the drugs bill. Once taught, the techniques do not need a repeat prescription. The benefits to our physical and mental wellbeing would be huge.

In the meantime, families need to be proactive in identifying the non-medical solutions that work best for them at all ages. Rest assured that if you feel relaxation methods like yoga or meditation are airy-fairy, namby-pamby nonsense, you are wrong: the evidence is overwhelming. You may think God is a delusion but you don't have to believe in him to accept the extensive further evidence that people with a weekly spiritual practice are significantly less prone to mental illness.

This is the time of year for changing your behaviour patterns. Alas, you have to go to the private sector to get yoga for your children or to learn how to relax during pregnancy. It's only pills that you can get on the NHS – but don't let that stop you taking charge.