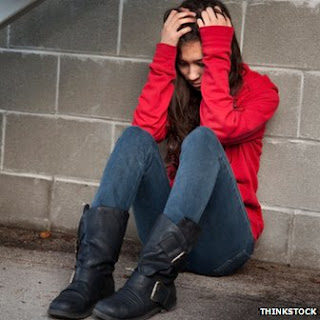 'Grief and anxiety are not mental illnesses'

The forthcoming edition of an American psychiatric manual will increase the number of people in the general population diagnosed with a mental illness - but what they need is help and understanding, not labels and medication.
Many people experience a profound and long-lasting grieving process following the death of a loved one. Many soldiers returning from conflict suffer from trauma. Many of us are shy and anxious in social situations or unmotivated and pessimistic if we're unemployed or dislike our jobs.
For a few of us, our experiences of abuse or failure lead us to feel that life is not worth living. We need to recognise these human truths and we need to offer help. But we should not regard these human experiences as symptoms of a mental illness.
Psychiatric diagnoses are not only scientifically invalid, they are harmful too. The language of illness implies that the roots of such emotional distress lie in abnormalities in our brain and biology, usually known as "chemical imbalances".
This leads us to be blind to the social and psychological causes of distress.
More importantly, we tend to prescribe medical solutions - anti-depressants and anti-psychotic medication - despite significant side-effects and poor evidence of their effectiveness.

“The criteria for "generalised anxiety disorder" would be significantly relaxed, making the worries of everyday life into targets for medical treatment.”
Prof Peter Kinderman

"This is wrong. We should not be diagnosing many more people with meaningless "mental illnesses", telling them these stem from brain abnormalities, and prescribing medication."

Sex addiction
An extremely influential American psychiatric manual used by clinicians and researchers to diagnose and classify mental disorders has been updated for publication in May 2013.
But this latest edition of the American Psychiatric Association's Diagnostic and Statistical Manual, or DSM-5, will only make a bad situation worse because it will lower many diagnostic thresholds and increase the number of people in the general population seen as having a mental illness.

Stigma of diagnosis
Standard psychiatric diagnoses are notoriously invalid - they do not correspond to meaningful clusters of symptoms in the real world, despite the obvious importance that they should. Diagnoses fail to predict the effectiveness of particular treatments and they do not map neatly onto biological processes.
In current mental-health systems, diagnosis is often seen as necessary for accessing services. However, it also sets the scene for the misuse and overuse of medical interventions such as anti-psychotic and anti-depressant drugs, which have worrying long-term side-effects.
Scientific evidence strongly suggests distressing experiences result not from "faulty brains", but from complex interactions between biological, but more importantly, social and psychological factors.
But diagnosis and the language of biological illness obscure the causal role of factors such as abuse, poverty and social deprivation. The result is often further stigma, discrimination and social exclusion.

Therapeutic approach
There are humane and effective alternatives to traditional psychiatric diagnoses.
It is relatively straightforward to generate a simple list of problems that can be reliably and validly defined. There is no reason to assume that these phenomena cluster into diagnostic categories or are the consequences of underlying illnesses.
We can then use medical and psychological science to understand how problems might have originated, and recommend therapeutic solutions.
This approach would yield all the benefits of the current diagnosis-and-treatment approach without its many inadequacies and dangers.

Prof Peter Kinderman is head of the Institute of Psychology, Health and Society at the University of Liverpool.
Posted by dave traxson at 07:06