ASSESSMENT OF THE EFFICACY OF PSYCHOLOGICAL THERAPIES FOR MENTAL HEALTH ISSUES : A Commentary on 30 Years of Meta-Analyses 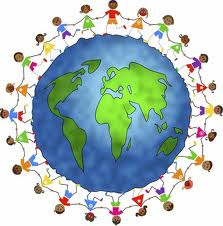 
Inevitable and Important: A Commentary on 30

The Dodo Bird Verdict—Controversial, Inevitable and Important: A Commentary on 30 Years of Meta-Analyses

Abstract
In this article, the assertion that different psychological therapies are of broadly similar efficacy—often called the ‘Dodo Bird Verdict’—is contrasted with the alternative view that there are specifi c therapies that are more effective than  others for particular diagnoses. We note that, despite thirty years of meta-analytic reviews tending to support


the finding of therapy equivalence, this view is still controversial and has not been accepted by many within the psychological therapy community; we explore this from a theory of science perspective. It is further argued that the equivalence of ostensibly different therapies is an inevitable consequence of the methodology that has dominated


[RCTs]. The implicit assumptions of RCTs are analysed and it is


argued that what we know about psychological therapy indicates that it is not appropriate to treat ‘type of therapy’ and ‘diagnosis’as if they were independent variables in an experimental design. It is noted that one logical consequence of this is that we would not expect RCTs to be capable of isolating effects that are specific to ‘type of therapy’ and ‘diagnosis’. Rather, RCTs would only be expected to be capable of identifying the non-specific effects of covariates, such as


those of therapist allegiance. It is further suggested that those nonspecific effects that have been identified via meta-analysis are not trivial findings, but rather characterise important features of psychological therapy.


As has been argued above, the failure of RCTs


(and the meta-analyses of RCTs) to partition out


any specifi c effects of psychological therapy to different


types of interventions (even when diagnosis


has been controlled for) is attributable to the fact


that it is exceptionally diffi cult to operationalize


and control this independent variable. That is to


say that despite rigorous attempts at manualization


the evidence suggests that it is not possible to


ensure that different therapies do not share such a


as to dilute the power of RCTs to isolate treatmentspecifi


signifi cantly, it is impossible to ensure that different


interventions do not affect the same psychological


When these limitations are combined with the fact


that diagnoses are overlapping, ‘fuzzy’ concepts,


which do not adequately control for psychological


that are likely to interact with the type of intervention


in determining its effi cacy, it is not surprising


that the Dodo Bird Verdict has survived for more


than 30 years. In short, its survival rests on the fact


that while RCTs (and the meta-analysis of data


obtained from RCTs) are capable of demonstrating


that psychological therapy as an aggregate is effective,


they are not capable of identifying the specific


elements of therapy that are effective for different


From the research perspective the clarion call


is clear. RCTs do not represent an objective ‘gold


standard’ of research, but rather, are simply one


methodologies, have their strengths and weaknesses.


When used to test causal relationships


between a dependent variable and a set of independent


variables that can be adequately defi ned


and operationalized, there is no alternative to constructing


an RCT. However, for addressing other


research questions, such as ‘how does psychological


methodologies could be more appropriate (e.g.,


Moreover, there is a need to move away from


at an invalid psychiatric nosology, to developing


or which are directed at changing problematical


interventions need to be developed in light of our


understanding of the psychosocial processes that


maintain them. How and when they are used in


therapy needs to be informed by a full understanding


of the individual therapy process.


To illustrate our favoured approach, let us consider


‘depression’. Typically, within the present,


as having ‘depression’ are offered a package—


often of around 20 sessions—of CBT treatment,


which comprises a number of almost invariant elements


thought challenging). We consider that such an


approach ignores the variability and complexity


of the symptoms of people diagnosed as having


‘depression’, and that it also ignores the psychosocial


for instance, is a very common feature of ‘depression’.


In order to ameliorate it, we would advocate


a detailed analysis of its maintaining factors on


an individual basis, and then the application of


the validity of negative automatic thoughts).


But, importantly, this needs to be done within


the context of the therapeutic process, that is to


say, at an appropriate time, and in a way that is


most likely to promote change within the client.


(A similar general approach is much more fully


described in the important chapter by Norcross


Most importantly we need to reject the medical


model, cease to view therapy as being like a drug


that is given to clients and, instead, view it for what


it is, a social infl uence process that occurs (most


typically) between two people.
Posted by dave traxson at 06:58