Special Children Article - "Out of Control" - the industrialisation of prescribed psychotropic medication for children for massive profits. 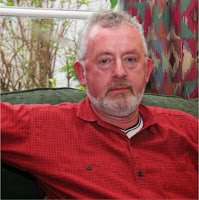 - is a familiar descriptor for badly behaved children and drug firms states chartered educational psychologist Dave Traxson, who thinks it’s the over-prescription of psychotropic drugs for vulnerable children that needs reigning in. IT IS A SAFEGUARDING ISSUE  -in his professional opinion.