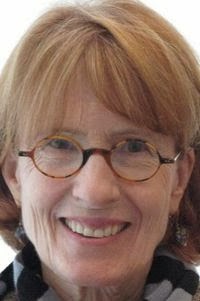 Click on hyperlink to see CBS documentary on the U.S. mental health system:

Those who Would Give up Essential Liberty
to Purchase a Little Temporary Safety,
Deserve Neither Liberty nor Safety.
- Benjamin Franklin

As the 60 Minutes episode featuring E. Fuller Torrey comes to air, I feel moved to ask: when will the lies that robbed me of my late teenage years and young adulthood stop?  When will the false notion that professionals can predict who – and who will not – be violent give way to the reality – proven over and again – that they are no better able than chance to make such predictions? When will we see the reality that forced treatment is actually, statistically, more harmful than helpful? It certainly was not helpful for me.
When will we realize that if we lock up people whose struggles have landed them with spurious psychiatric labels, we will not be safer?
While Torrey asks for more treatment, If we look carefully at those who have committed the epidemic of killings they are mostly people who have, in fact, been in treatment.  The Attorney General of Connecticut is resisting the release of Sandy Hook shooter Adam Lanza’s records, for fear that they might “cause a lot of people to stop taking their medications.” Congressman Jeff Miller is calling for an investigation into whether the psychiatric medications Aaron Alexis, the Navy Yard shooter, was taking was connected to his behavior.  NIMH Director Thomas Insel has acknowledged that the DSM, the book on which all current psychiatric diagnoses are premised, “lacks validity,” and that antipsychotics worsen long-term outcomes. Only a fraction of those deemed to be at risk of psychosis actually progress to psychosis. And, most importantly, research indicates that forced treatment does not work.
Despite mounting evidence that psychiatric diagnoses and forced treatment cause more harm than good, the specious promise of safety – this time coming from psychiatrist E. Fuller Torrey – is, as it has always been, a bad deal. Whether it’s for the people who imagine – incorrectly – that they are being protected from the people who would commit crimes, or for the people whose lives and liberty will be taken away – as mine was, unjustly, a lonely teenager who was sad over the loss of a boyfriend, it is, as it always has been, a mistake.
60 Minutes: Please correct the record by giving voice to the thousands who have survived, and millions who have not, the false promises of psychiatry. As Thomas Insel said about the longstanding promises of proof of the illnesses cited as justification for taking the liberty and bodily integrity of millions: “we’re still waiting.”
—————————————————–
NARPA ACTION ALERT!
60 MINUTES EPISODE FEATURING FULLER TORREY FROM THE TREATMENT ADVOCACY CENTER

Tonight, CBS is airing an episode of 60 Minutes called “Imminent Danger” featuring Fuller Torrey about violence and people with psychiatric histories. If 60 Minutes supports biased reporting, let’s occupy their site and make our voice heard. Let them know that scapegoating people with psychiatric histories or labels, and promoting forced treatment is not a solution to gun violence. Tell 60 Minutes to air an episode that includes OUR voice and corrects the falsehoods broadcast by the Treatment Advocacy Center.
Below are a list of talking points you may want to use and ways social media can convey this message to TAC and the producers of 60 Minutes.
Avenues for Action
1.      60 Minutes website: Post a comment directly on 60 Minutes webpage for the “Imminent Danger” episode: http://www.cbsnews.com/video/watch/?id=50155990n . Let’s fill up the episode page with OUR voices!
2.      Post on 60 Minutes Facebook page: 60 Minutes Facebook page does not allow you to directly write on their wall. However, you can post a comment to their picture about the “Imminent Danger”episode. Right now 27 people have commented and some of them support Torrey. Let’s try and get 200 people to post onto their Facebook page challenging Torrey and others! https://www.facebook.com/60minutes
3.      Post on TAC’s Facebook page: TAC is heavily promoting tonight’s 60 Minutes episode. Torrey’s allies are showing their support by posting on TAC’s Facebook page. Let’s use social media to directly challenge TAC’s assertion and post OUR thoughts on TAC’s page! https://www.facebook.com/TreatmentAdvocacyCtr
4.      Send a Tweet to TAC: Over the last few days the Treatment Advocacy Center has been tweeting about the 60 Minutes episode. We can let TAC know that they are wrong by tweeting directly onto TAC’s twitter page. TAC’s twitter id is @TreatmentAdvCtr.  (Note to send a tweet to TAC you have to have a twitter account. Also tweets must be 140 characters or less.)

Optional Talking Points:
·         Studies show that a psychiatric history by itself is not statistically related to violence.
·         The main risk factors for violence still remain being young, male, single, or of lower socio-economic status.
·         Professionals cannot predict violence
·         Forced treatment is harmful.

Dorothy Dundas
Finding Resilience: Institutionalized in the 1960′s, Dorothy was labeled “schizophrenic” and underwent 40 insulin coma/electroshock ‘treatments.’ “I experienced and witnessed many atrocities.  Luck, determination, anger and a compassionate advocate were my friends on the road to survival and freedom.”
Posted by dave traxson at 17:54