SUPPORT - dsm5response.com website - Mind-altering drugs being used to 'treat' shyness, says psychologist who is member of the International response Committee to DSM-5 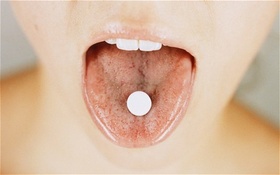 
He flags up 'alarming reliance' on medication to treat normal childhood conditions
Children are being wrongly prescribed strong "mind-changing drugs" for shyness and mild social anxiety, educational psychologists have been warned.
Pupils' health is being damaged by an increasing and "alarming reliance" on medication to treat normal childhood conditions, according to a senior educational psychologist who works across schools in the West Midlands.
Last week Dave Traxson, who works across schools in the West Midlands, told the British Psychological Society's annual conference for educational psychologists that there is an urgent need for a review into the use of medication to treat behavioural issues.
Mr Traxson expressed concern that teachers were often not consulted before doctors prescribed pupils psychotropic drugs, which affect emotions and behaviour.
Medication has only helped around 20 per cent of the pupils in his care, according to Mr Traxson.
He called on the Government to carry out research into the effects of drugs commonly prescribed to pupils, which usually contain amphetamines. One of the most common is Ritalin, used to treat ADHD (attention deficit hyperactivity disorder), but Mr Traxson said there was growing use of drugs to treat "normal" conditions such as shyness.
"I feel very strongly that the time is right to challenge the growing practice of medicating our children for displaying behaviours and thought processes that until recently would have fallen within the normal range," Mr Traxson told The TES.
"In my region, there has been a huge growth of children being diagnosed with bipolar disorders, and a growth in the numbers given strong drugs.
"Doctors seem to be trying to shift more and more children into clinical treatment, and this is very dangerous."
Mr Traxson said research he had carried out in his area showed only half of doctors consulted a teacher about a child's behaviour before prescribing drugs.
Teachers should become more involved in the treatment of their pupils' mental health, he added. "This way, the teacher can help the doctors understand what might be wrong," he said.
Lucie Russell, director of campaigns at mental health charity YoungMinds, said: "Despite guidelines which say prescription drugs should not be the first line of treatment and should only be rarely used, we see a lot of children being given them because they have difficulty accessing therapeutic talking services."
Care services minister Paul Burstow said: "Medication has an important role to play in tackling mental health problems, but the last Labour government took far too long to make psychological therapies available, which are more effective than medication."
Posted by dave traxson at 16:36