30+ States in U.S. are making it harder to drug children with anti-psychotics = GOOD NEWS - Courtesy of the MadinAmerica website March 2015 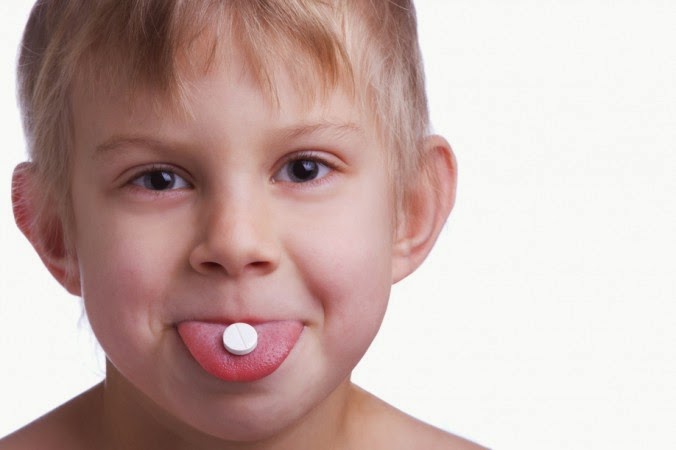 Thirty-one US states have implemented some kind of "prior authorization" policies to try to rein in the unnecessary prescribing of antipsychotic medications to children, according to a research letter in JAMA. However, the impacts of those policies should be studied, because they could be backfiring, stated the researchers.
Over the past two decades, antipsychotic prescribing to children and youth has increased about seven-fold, from an estimated 0.16 percent in 1993-1998 to 1.07 percent in 2005-2009, according to a JAMA press release about the study. "Antipsychotic use is also 5-fold greater in Medicaid-insured youth than in privately insured youth, and occurs mostly for indications not approved by the U.S. Food and Drug Administration."
Governments have made efforts to rein in the trend. "Such efforts have included age­-restricted prior authorization policies, which require clinicians to obtain pre-approval from Medicaid agencies to prescribe atypical antipsychotics to children younger than a certain age as a condition for coverage," stated the press release. Sometimes, the policies may even require peer review of specific cases.
Led by University of Maryland researchers, the team reviewed all of the prior authorization policies.
"The researchers found that 31 states have implemented prior authorization policies for atypical antipsychotic prescribing to children, mostly within the past 5 years," stated the press release. "Most states apply their policies to children younger than 5, 6, or 7 years of age. Only 7 states (Alabama, Kentucky, Maryland, Nevada, North Carolina, Pennsylvania, Tennessee) apply their policies to Medicaid-insured youth up to age 18 years. Seven other states (California, Colorado, Georgia, Mississippi, Nebraska, New York, Washington) have age-restriction criteria that vary by drug entity."
The authors suggested that the effect of the policies should be examined. "(The) potential unintended consequences of these restrictive policies include inadequate treatment, substitution of potentially inappropriate, off-label psychotropic medication classes such as anticonvulsant mood stabilizers and antidepressants, and administrative burden on prescribers," stated the press release.
The researchers also argued that more could be done to improve practices. "Medicaid oversight programs should be concerned not only with unnecessary antipsychotic use, but also should ensure adherence to appropriate cardiometabolic monitoring practices at baseline and during antipsychotic treatment, and support access to alternative evidence-based nonpharmacological treatments."
Examination of prior authorization policies for antipsychotic prescribing to children (JAMA press release on ScienceDaily, March 3, 2015)
Schmid I, Burcu M, Zito JM. Medicaid Prior Authorization Policies for Pediatric Use of Antipsychotic Medications. JAMA. 2015;313(9):966-968. doi:10.1001/jama.2015.0763. (Excerpt)
--Rob Wipond, News Editor
Posted by dave traxson at 20:09