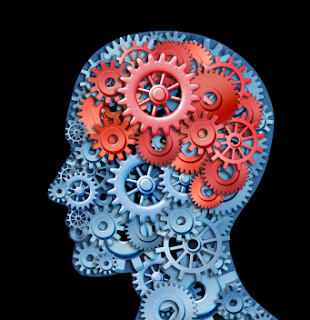 
By William Heisel
February 27, 2012
http://www.reportingonhealth.org/blogs/2012/02/27/slap-american-psychiatric-association-pressures-brit-dsm5-blogger-suzy-chapman
If you have a serious interest in a brand, product or company, you can, in a few minutes, set up your own website with a clever domain name that includes your target.
Jim Romenesko did this with Starbucks Gossip. A group of unions and activists did this with Making Change at Wal-Mart. And a team of obsessive Clark Kent loyalists did this with the Superman Super Site.
A few years ago, British writer Suzy Chapman started tracking the proposed changes by the American Psychiatric Association (APA) to psychiatry's guidebook: the Diagnostic and Statistical Manual of Mental Disorders (DSM). She also tracked the development of the World Health Organization's International Classification of Diseases (ICD) and followed a number of related topics. She took her domain name from the 5th revision to the DSM, dsm5watch.wordpress.com, and she developed a loyal following of patients and practitioners interested in how APA and WHO were changing the definitions of various health conditions.
Over Christmas 2011, she received two "cease and desist" letters from American Psychiatric Publishing, an arm of APA. The letters were standard legal boilerplate, saying, among other things, "Your unauthorized actions may subject you to contributory infringement liability including increased damages for willful infringement."  The letters asked "that the DSM 5 mark is removed from the domain names, and social media accounts."
It's important to point out that Chapman is not making money on her site. She is not selling anything and does not have advertisers. She describes herself as an "advocate for the chronic fatigue syndrome community - one of a number of non-mental health patient groups that stand to be impacted by draft proposals for DSM-5." And, having no staff, no resources and no lawyer, she was shook up by the legal threats. I wrote to ask her about her situation, and she wrote back:
As stated in my site disclaimer, I derive no financial benefit from my site and there is no intent to confuse with APA or imply endorsement by APA. But not being in a position to enter into a legal wrangle versus a well-funded APA, I decided I had little choice but to comply with their demands and to change the site subdomain from dsm5watch.wordpress.com to dxrevisionwatch.wordpress.com and also change the name of the site.
Her web hits plummeted as a result and other sites that had her on blog rolls or had links to her previous posts suddenly lost track of her. The network of people that had been studiously following the developments in the DSM and the ICD systems on her site and sharing her work was broken apart. Chapman wrote:
When APA forced a change of domain, not only did this hurt those who follow my site for updates and commentaries on the DSM-5 process and for information on participating in the DSM-5 stakeholder review exercises, but they also hurt those who follow the site for information on the progress of two other classifications systems, ICD-11 and ICD-10-CM, who were also denied information because they could no longer find the site and because incoming links were now dead. So APA's action had ramifications for the dissemination of accurate and timely information to professional and patient stakeholders and advocacy organizations beyond those whose interest is in the proposed content of the APA's forthcoming diagnostic manual.
The outrage was immediate.
Dr. Allen Frances, past chair of the DSM-IV Task Force and professor emeritus at Duke University, wrote: "Using a trademark to suppress comment is a violation of APA's public trust to produce the best possible DSM 5. This is another indication that DSM has become too important for public health and for public policy for its revisions to be left under the exclusive control of one professional organization – particularly when that organization's own financial future is at stake."
Margaret Soltan, an English professor at George Washington University, wrote: "It's all part of protecting psychiatry's, and pharma's, enormous investment in retaining ownership of the who's mentally disordered franchis.e."
And Dr. Daniel J. Carlat, author of Unhinged, wrote: "In a democratic society, healthy dissent and debate is part of the package. It may be annoying, but that doesn't excuse the bullying tactics that the APA has chosen."
But doesn't APA have a legitimate interest in protecting one of its signature products? Let me know what you think in the comments below, at askantidote@gmail.com or via Twitter @wheisel. I'll discuss that dilemma more in my next post
Posted by dave traxson at 20:17