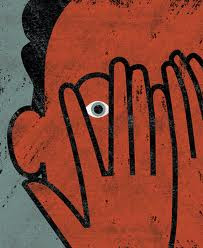 http://www.dailymail.co.uk/news/article-2099078/Shyness-child-depression-bereavement-classed-mental-illness.html#ixzz1vR1a6KUC
Shyness in a child and depression after bereavement could be classed as mental illness in controversial new reforms
By Jenny Hope
UPDATED: 23:49, 9 February 2012

Childhood shyness could be reclassified as a mental disorder under controversial new guidelines, warn experts.
They also fear that depression after bereavement and behaviour now seen as eccentric or unconventional will also become ‘medicalised’.
Internet addiction and gambling might also become forms of illness.
Sweet: But childhood shyness could be classified as a mental disorder as the editors of the Diagnostic and Statistical Manual of Mental Disorders prepare for a fifth edition
The threat comes in the form of proposed changes to a U.S. manual of mental disorders, viewed as a bible by some in the field.
Although the changes to the fifth edition of the Diagnostic and Statistical Manual of Mental Disorders would not directly affect clinical practice here – where doctors tend to use different guidelines – experts say it would eventually influence thinking.
Millions of people, including Britons, could be given a psychiatric diagnosis which could ruin their lives, warn psychiatrists and psychologists here.
The DSM5 changes are also opposed by many experts in the U.S., some of whom claim they reflect efforts by drug companies to sell more products.

Simon Wessely, of the Institute of Psychiatry, King’s College, London, said: ‘We need to be very careful before further broadening the boundaries of illness and disorder.

‘Back in 1840 the census of the United States included just one category for mental disorder.
‘By 1917 the American Psychiatric Association recognised 59, rising to 128 in 1959, 227 in 1980, and 347 in the last revision. Do we really need all these labels?
‘Probably not. And there is a real danger that shyness will become social phobia, bookish kids labelled as Asperger’s and so on.’ 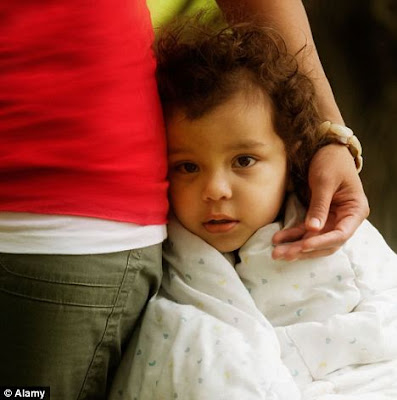 Peter Kinderman, head of the Institute of Psychology, University of Liverpool, said: ‘It will exacerbate problems that result from trying to fit a medical, diagnostic, system to problems that just don’t fit nicely into those boxes.
‘It will pathologise a range of problems which should never be thought of as mental illnesses. Many who are shy, bereaved, eccentric, or have unconventional romantic lives will suddenly find themselves labelled as “mentally ill”.
‘This isn’t valid, isn’t true, isn’t humane.’
Paraphilic Coercive Disorder – becoming aroused by sexual coercion – is one condition proposed for inclusion in DSM5. Professor Kinderman said there was a danger that rapists diagnosed with it would use it as an excuse.

'It will pathologise a range of problems which should never be thought of as mental illnesses. Many who are shy, bereaved, eccentric, or have unconventional romantic lives will suddenly find themselves labelled as “mentally ill”'
Peter Kinderman, head of the Institute of Psychology, University of Liverpool

He added that there were ‘huge concerns’ about the changes, which are opposed by the British Psychological Society.
Other experts say the guidelines will straitjacket clinicians into ‘ticking boxes’ that lead to a proscribed diagnosis. Dr Felicity Callard, of King’s College, warned: ‘People’s lives can be altered profoundly – and sometimes ruinously – by being given a psychiatric diagnosis.’
Among the U.S. psychiatrists against the changes is Allen Frances, of Duke University, North Carolina.
He warned: ‘DSM5 will radically and recklessly expand the boundaries of psychiatry. Many millions will receive inaccurate diagnosis and inappropriate treatment.’
David Elkins, of Pepperdine University, Los Angeles, said individuals could be ‘labelled with a mental disorder for life and many will be treated with powerful psychiatric drugs’.
Defenders of the American Psychiatric Association guidelines say they will make diagnosis more accurate and scientific.