ETHICS - PREVENTITIVE BUSINESS ETHICS - THE PRACTICE AS IT APPLIES TO HEALTH CARE- THE ONLY WAY TO BEAT THE BIG PHARMA LOBBY WITH OVER-PRESCRIPTION OF PSYCHOTROPICS FOR CHILDREN IS BY SHOWING IT IS FUNDEMENTALLY UNETHICAL. 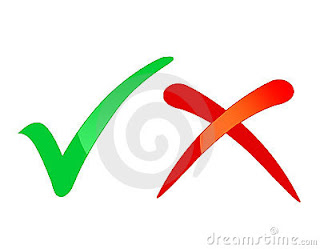 Practicing Preventive Ethics—The Keys to
Avoiding Ethical Conflicts in Health Care
By Laurence B. McCullough, PhD
Examine preventive steps you and your health care
organization can take to minimize the risks of
ethical breaches.

As the survey showed, conflicts of interest are often at
the heart of ethical dilemmas. Conflicts of interest are well
understood in ethics. They involve conflicts between a person’s
obligations to others and their own self-interest.3,4
Conflicts of interest are ethically problematic because
they pose a threat to the routine fulfillment of fiduciary
responsibility, the basis of every health care organization’s
obligations to its patients.
Ethically responsible management of conflicts of
interest keeps fiduciary responsibility to patients the primary
consideration and motivation for clinical judgments
and decision making.
By contrast, ethically irresponsible management of
conflicts of interests occurs when self-interest becomes
primary without ethical justification.
The ethical concept of the physician as fiduciary of
the patient was introduced by two 18th century
physicians, Dr. John Gregory (1724-1773), a Scottish
physician-ethicist, and Dr. Thomas Percival (1740-1804),
an English physician-ethicist.
Gregory and Percival developed this concept as the
core of what Percival was the first to call professional
medical ethics. They did so largely in response to the
entrepreneurial nature of medicine in 18th century Britain
and the English colonies in North America.3
At that time, there was no single pathway into medical
practice, with surgeons and apothecaries training by
apprenticeship, physicians by attending courses at a medical
school or simply purchasing their degree, and most
people “self-physicking,”—diagnosing and treating themselves
with tried-and-true and sometimes experimental
home remedies.
As a physician leader, you have two ways to
respond to ethical challenges in health care
organizations:

1. Wait for ethical problems or conflicts to occur and
then respond to them.
2. Practice preventive ethics to keep conflicts from
arising.
Experience teaches us that the reactive approach can
take an unacceptable toll on patients, their family members,
physicians, other members of the team, and even
the culture of the health care organization.
The culture of an organization includes its mission
statement and policies, but also its actual practices—from
how it treats its physicians, employees, and patients to its
budget priorities.
Don’t get me wrong, when ethical conflicts occur, we
need to respond to them rapidly and effectively. They
need to be managed.
However, physician leaders also need to lead their
organizations by adopting the second approach to ethical
conflicts—developing effective organizational policies and
practices designed to prevent ethical problems from
occurring in the first place.
In other words, preventive ethics should become one
of the basic tools in every physician executive’s leadership
tool box.1,2 Reactive ethics won’t be enough and
may come too late.
The results of ACPE’s ethical behavior survey underscore
the myriad of ethical challenges facing physician
leaders and the impact ethical breaches can have on an
organization’s good name and culture.
When an ethical problem arises, the professional
integrity of your organization’s culture is at stake and,
should it be lost, you will be reduced to managing
things, not leading people.
Only the rich could afford to
purchase the services of physicians
and these folks paid the piper and
called the tune. Physicians were
hired and fired completely at the
discretion of the head of household.
The world of private medical
practice was one of intense competition
with little of the economic
security that physicians now take
for granted.
To be successful in this crowded,
absolutely unforgiving medical
marketplace, physicians had to do
what they could to stand out and
compete successfully.
So they developed idiosyncratic
theories of health and disease and
secret remedies or “nostrums” that
they would sell directly to the sick.
Other physicians were not colleagues;
they were the competition
to be attacked through pamphlets
and broadsides and sometimes
even physically assaulted.
Gregory and Percival set out to
reform medicine into a profession
worthy of the name. In doing so,
they gave us the ethical concept of
the physician as fiduciary of the
patient. (Although neither used
the word, “fiduciary,” they had
the concept.)
This ethical concept, which is
the foundation of medical professionalism,
has three components.
1. The physician should be competent.
Physicians and surgeons
should practice and teach medicine
and conduct research to
standards of intellectual and
moral excellence. By this, both
Gregory and Percival meant that
physicians should base theories
of health and disease, as well as
clinical practice and research, on
the best available science.
2. Physicians and surgeons should
use their competence primarily
for the benefit of patients, keeping
individual self-interest in a
systematically secondary place.
3. Physicians and surgeons should
maintain and pass on medicine
as a public trust in service to
patients and society, not as a
guild or corporation that puts
group self-interest and “corporation
spirit” first.
The state of fiduciary
professionalism today
The ethical concept of the
physician as fiduciary of the patient
gained traction over the ensuing
two centuries. We should not, however,
be sanguine about the current
state of professionalism in medicine.
Well-informed critics, such as
David Rothman,5 remind us that the
state of professionalism in medicine
may be weaker than any of us want
to admit. The ACPE ethics survey
shows that physician leaders are
clearly concerned about potentially
unethical business practices among
organizational leaders and physicians
that impact culture itself.
I find it especially interesting
that, while most respondents are
confident that colleagues in their
own organization are not involved
in unethical business practices,
many are concerned about unethical
business practices of other
Physicians and physician leaders should not want to work for
health care organizations that are poorly led with respect to conflicts
of interest. Such organizations are at serious risk of betraying
the trust of patients and the communities that they serve.
22
health care organizations in their
communities.
From the perspective of other health care organizations in a community, one’s own organization, of course, is among those “other” health care organizations. That should give us considerable pause.
Practicing prevention Physician executives can wait for
potential unethical business practices to occur and then react to them. But if poor management of conflicts of interest is prolonged before organizational leaders become aware of these
conflicts, they can do tremendous, even irreversible damage to the organization’s culture.
So it’s critical that physician executives take a preventive ethics
approach to individual and organizational conflicts of interest.