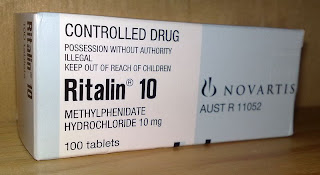 South Canterbury is mirroring a national trend of increasing prescriptions for drugs to treat hyperactivity in children.
In 2011, the district health board issued 1800 prescriptions for attention deficit hyperactivity disorder (ADHD), up from 1600 in 2010, 1400 in 2009 and 1300 in 2008. The number of prescriptions had gradually declined between 2001 and 2008, after a 10-year peak of 1800 in 2001.
Across New Zealand, prescriptions to treat hyperactivity have soared, with more than 100,000 Kiwi kids now using the drugs – a jump from around 60,000 children being prescribed such drugs in 2001. Canterbury has the most children on the drugs, with 13,300 getting prescriptions last year.
The huge rise in numbers has one expert convinced the drug is being over-prescribed and kids misdiagnosed because of it.
Psychologist and behavioural expert Frances Steinberg believes "lazy diagnostic processes" are seeing children labelled with ADHD when they are actually suffering other problems such as foetal alcohol syndrome, sleep deprivation or anxiety.
It is widely agreed that up to 5 per cent of school children are affected by ADHD. The number of children prescribed the drug last year puts that number at around 12per cent, based on the current population of children under 14.
Dr Steinberg said diagnosing ADHD was a complex process, "but it's a lot easier to write a script and see what happens".
While the drugs might have some positive effect in the short term on those without ADHD, they would not in the long term, leaving the child misdiagnosed and untreated for their real problems, she said.
"While they might start paying more attention, the bottom line is if you don't get the initial diagnosis right, their achievement won't be any better down the road. In the long run, we'll have an entire generation whose needs are not being met," she said.
She did not blame parents but lazy medical professionals.
But Dr Andrew Marshall, a developmental paediatrician, disagreed, saying the increase was down to a better understanding about the condition and the drugs that treated it. In an "ideal world", a paediatrician would have 10 hours to diagnose a child, "but you can get it right – most of the time – very efficiently, and being efficient and safe is what doctors are good at".
Pharmac medical director Dr Peter Moodie said the numbers "hadn't rung alarm bells" when compared to other countries. In the United States, Ritalin prescriptions rose 83 per cent between 2006 and 2010. He believed more awareness of the disease contributed to the increase.
Posted by dave traxson at 19:44