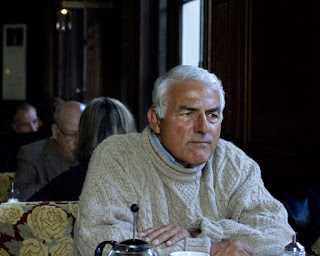 One manual shouldn't dictate US mental health research
The new edition of the DSM "bible" is so flawed that the US National Institute of Mental Health is right to abandon it, says eminent psychiatrist Allen Frances
The controversies swirling around the imminent update of the Diagnostic and Statistical Manual of Mental Disorders, produced by the American Psychiatric Association, have badly hurt confidence in psychiatric diagnosis. The problem arises from the fact that the update, called DSM-5, includes new diagnoses and reductions in thresholds for old ones, that expand the already stretched boundaries of psychiatry and threaten to turn diagnostic inflation into hyperinflation.
In my opinion, the DSM-5 process has been secretive, closed and sloppy – with confidentiality restraints, constantly missed deadlines, botched field testing, the cancellation of an important quality control step, and a rush to publication. A petition for independent scientific review endorsed by 56 mental health organisations was ignored. There is no reason to believe that DSM-5 is safe or scientifically sound.
And now we have the announcement of a major shift away from DSM by the US National Institute of Mental Health (NIMH) when it comes to deciding how it allocates its considerable research resources (see "Psychiatry divided as mental health 'bible' denounced").
The research problem in psychiatry actually goes much deeper than the aberration that is DSM-5. In 1980, when DSM-III was published, there was great optimism that its provision of a reasonably reliable diagnostic system would rapidly lead to a revolution in psychiatric research.
No impact on diagnosis
In one way, this did indeed happen – but in another it did not. Psychiatric research quickly went from stepchild to darling; in most medical schools it is now just behind internal medicine in attracting external funding. The happy result has been an explosive advance in basic neuroscience. But, disappointingly, 30 years of advancing knowledge has had no impact whatever on psychiatric diagnosis or treatment.
Translational research – work that bridges the gap between basic research and clinical application – has been distressingly slow in all of medicine, and it is particularly difficult in psychiatry because the brain is so much more complicated than any other organ. Within a few years, we will likely have accurate tests for Alzheimer's disease, but there is nothing in the pipeline for any psychiatric disorder, and it may take decades before we have accurate biological tests for them.
DSM-5 hoped to include biological markers that might reflect past research and promote future research. This was a premature and unrealisable ambition: the science simply isn't there now. And it has become increasingly clear that the DSM descriptive system may be a research dead end because its syndromes are too diverse and overlapping to be good research targets.
So the NIMH has wisely chosen another approach that is more likely to bear fruit – picking simpler targets for study and bringing to bear all of its enormous resources to determine their causal mechanism. What we call schizophrenia does not present in one uniform way, and there will not be one cause – there probably are hundreds.
Simplify the question
It makes more sense to simplify the research question by studying the genesis of hallucinations than to expect to understand the diverse causes of complex construct schizophrenia. The brain is likely to remain frustratingly elusive in providing answers, but focusing the target is our best hope.
Where does all this leave current clinical work? Schizophrenia remains an immensely useful construct – imperfect for sure, but very helpful in clinical communication and in guiding treatment. The DSM disorders are all fallible and subjective constructs, but most are useful as temporary way stations until we learn more and can develop better ones.
The mistake of DSM-5 was to attempt to go beyond current knowledge. Its new disorders are a dream list for researchers, but will be a nightmare to the patients who are misidentified and treated unnecessarily.
Anything that goes into the manual should already have passed rigorous research testing; the manuals are far too important to include untested hypotheses. DSM-5 is not, and cannot be, an appropriate guide to future research.
Profile
Allen Frances is a professor emeritus at Duke University, North Carolina, and was chairman of the DSM-IV task force. He is author of Saving Normal and Essentials of Psychiatric Diagnosis