Antipysychotics with children - Channel 4 News - 9-11-11 - the doubling in the use of antipsychotic drugs in ten years for children in the U.K. - WATCH NEWS ITEM

Antipysychotics with children - Channel 4 News - 9-11-11 - the doubling in the use of antipsychotic drugs in ten years for children in the U.K. which. breaches existing good practice guidelines for not prescribing to the under sixes (N.I.C.E.) - Dr Tim Kendall representing the Royal College of Psychiatrists is worried by data = 263 kids under six on these sledgehammer psychotropic drugs - let's 'stop the rot' now - Professor Tyrer says,"We are on a slow fuse to disaster!"
http://www.channel4.com/news/numbers-of-children-on-antipsychotic-drugs-doubles

CLICK ON LINK ABOVE TO SEE ITEM ON ANTIPSYCHOTIC DRUGS
+ SEE 2 POSTS ON THE SIDE EFFECTS OF THESE VERY TOXIC 'MEDICATIONS.'

The number of children - some as young as five - being prescribed powerful antipsychotic drugs has doubled in the past 10 years, according to an investigation by Channel 4 News.

DANGER -Numbers of children on antipsychotic drugs doubles in U.K. in ten years

CLICK ON LINK ABOVE TO LISTEN TO DR TIM KENDAL AND DAVE TRAXSON DEBATE THE ISSUES WITH JENNY MURRAY ON BBC RADIO 4'S 'WOMANS' HOUR.' 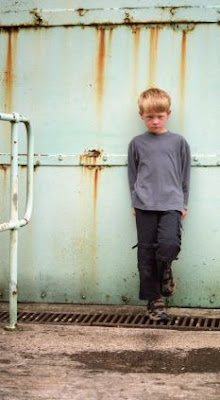 As many as 15,000 children and young people under the age of 18 were prescribed this medication last year. But these figures are only from GP surgeries and primary care trusts and do not include hospital prescribing, which suggests the true number could be far higher.

Astonishingly, no official data is kept on the number of youngsters being given anti-psychotics. This has only now been revealed after Channel 4 News commissioned a drug database company to collate them.

The investigation comes as the government announced that GPs could face jail if they are found to be "chemically coshing" elderly patients with dementia. But no mention was made of children and young people in the announcements.

Anti-psychotics are meant for patients with serious mental conditions such as schizophrenia, bipolar disorder and psychosis. But mental health experts now say that they would also appear, in some instances, to be being used to control children's behaviour.

"If there is a doubling in the rate of children being given anti-psychotics that is a worry. My worry is that these drugs are being used for other purposes." Professor Tim Kendall who represents THE ROYAL COLLEGE OF PSYCHIATRISTS.

The investigation also found children are being left on the drugs for years at a time and are not being properly monitored, which is against best practice guidelines.


"The important thing is making sure these kids get really good treatment.” TIM KENDALL

Professor Tim Kendall, who has been asked to write the first ever guidance on prescribing anti-psychotics to young people with serious mental illness, said that these findings are extremely concerning.

"My worry is that these drugs are being used for other purposes."

And that would be appear to be what is happening. We have spoken to families whose children have been given the drug for attention deficit hyperactivity disorder (ADHD) and for autism.

The family of one young boy first prescribed an anti-psychotic when he was five for so-called "challenging behaviour" has subsequently been told that he was in fact in pain. The boy, now aged eight, is autistic and regularly banged his head against hard surfaces and lay on the floor kicking and screaming. But his parents said the anti-psychotics he had been on for three years had had no benefit at all.

Eventually he was seen by Professor Chris Oliver, of Birmingham University, who has been researching behavioural problems in children with autism. His conclusion was that the young boy was most probably in pain - suffering from gastro-oesophageal reflux, more commonly known as heartburn. But because of his autism he was not able to articulate that he was physically suffering.

Anti-psychotics were developed in the 1950s and have been widely prescribed to adults since the 1970s. But they can cause, among other things, dramatic weight gain, diabetes and heart disorders. They can also leave patients with a Parkinson's disease-like tremor which does not stop even if they are taken off the medication.

What nobody knows with any certainty, though, are the long-term effects on children. And all approaches made to authorities here to find out if there is any data on trials involving children have been blocked by the pharmaceutical companies.

Prof Kendall was even hampered by America's Food and Drug Administration, which does hold data on any trials conducted on anti-psychotics. When he requested access to the information he was told to put in a freedom of information request.

"If there are trials that are unpublished, what that means is there will either be trials which show the drugs work as well as we think or in fact they might be even more harmful than we think," he said.

"I am appalled, absolutely appalled. This data should be available for people such as us who are working on behalf of the NHS, patients and parents."

In a statement the Association of the British Pharmaceutical Industry told Channel 4 News:

"The industry is committed to being as open and transparent as possible in its disclosure of information."

BUT THE DANGER IS - IT'S MORE COMMITTED TO MAKING MASSIVE PROFITS FROM NEW 'MARKET OPPORTUNITIES' WHICH IS WHAT VULNERABLE CHILDREN IS SEEN AS IN THE U.K AND EUROPE AS THE U.S. IS GETTING 'SATURATED' WITH OVER MEDICATED KIDS!WHAT ARE THE LONGER TERM CONSEQUENCES OF THIS MARKETISATION OF CHILDREN'S NORMAL BEHAVIOUR PATTERNS? It added that any prescription of anti-psychotic drugs to children "will only occur after careful consideration and risk-benefit assessment by the health care professional on a case by case basis."

Of concern to a growing number of experts is the effect they have on developing brains. They said proper monitoring was essential. But Channel 4 News has obtained a confidential report into the way mental health trusts look after children and young people on anti-psychotic drugs. It found there was "no evidence" whatsoever that some young people are being properly monitored.

'No monitoring at all'

A young girl (her family did not want her identified) we met was put on the medication at the age of nine after she developed psychosis. It is agreed that she needed help, but her father said that he had been unprepared for the effect the anti-psychotic would have on his daughter.

"I was not told how dangerous this drug was," he said. "There was no monitoring at all."

The father said that his daughter lost her memory, could not dress herself, even needed help brushing her teeth.

I was not told how dangerous this drug was. Father of girl prescribed antipsychotics

"You have to get a hold of their hand and walk them everywhere, their thinking is so muddled and the increase in appetite is incredible," he said.

"She would eat raw sugar out of the packet. She would go through a whole bottle of ketchup."

After intervention she has now had her dosage and medication changed and is also receiving intensive therapy. Her behaviour is beginning to improve.

Professor Peter Tyrer, who is an expert in the use of anti-psychotics, said that the unmonitored use of this medication is a "slow fuse to disaster". Prof Tyrer, from Imperial College in London, said that drugs affect almost every part of the body.

"This is particularly alarming because of course children have got their whole lives ahead of them."

What is also alarming experts is that these drugs are being used for the wrong reasons. While nobody disputed that they are sometimes needed and can, indeed, save lives, there is the fear that too often they are being used as a chemical cosh.

A Department of Health spokesperson told Channel 4 News: "NICE guidance states that children and adolescents should only be given antipsychotics following specialist assessment and they should be under specialist supervision.

"For children suffering from severe psychotic illnesses, appropriate drugs can help both the child and his or her parents live a more normal life, and in some cases this can mean the difference between a child going in to care or living at home.

"The government is committed to improving children's mental health and has recently announced £32million to provide access to effective psychological therapies specifically designed for children and young people."

(AS A RESULT OF PAT MC FADDEN'S RECENT ADJOURNMENT DEBATE IN PARLIAMENT - FIND ON SEARCH ENGINE.)

PLEASE ADD COMMENTS SO I CAN IMPROVE THE INFORMATION I AM SHARING ON THIS VERY IMPORTANT TOPIC.
Posted by dave traxson at 06:55