THE "CHEEKY CHATTY CHALLENGE" FOR DSM-5 + THE OVER-PRESCRIPTION OF PRESCRIPTION PSYCHOTROPICS FOR KIDS CAMPAIGN - "Lessons Learnt from Running a Psychologically Based Campaign in the Community." + SIGN THE DSM-5 PETITION

Lessons Learnt – The 'Cheeky Chatty Challenge' Model –Tips for Running a Successful Psychologically Based Campaign
in the Community.

Why did I choose this title which I feel is a good starting point for this discourse to encourage other psychologists to campaign on issues they feel strogly about?
'
Cheeky – is a word I regularly explain to disaffected clients as a way of reframing some of their positive social characteristics and non-verbal signals.I create a narrative that this positive endearing cluster that a lot of successful people possess is a significantly different pattern from rudeness. I describe that it will ensure that they are popular in life and will help them to succeed in any team or workplace. I believe it can also be a core feature of effective campaigning – i.e. if you cheekily target some prominent academics, influential ‘players’ or ‘movers and shakers’ either face to face or less directly with your ideas, letters or ‘posts’ then some will engage with the dialogue you are promoting and get involved making a huge difference to the level of success achieved.e.g. obtaining the signature of the highly respected Dr Dorothy Rowe (Clinical Psychologist) gave a major impetus to the petition's success.She is probably the most esteemed Humanistic Psychologist of her generation.

Chatty – I passionately believe that ‘meaningful conversations’ and social discourse are the primary vehicle for effecting community based change in a wide range of relevant issues and puts the ideas in our shared 'thought pool' out of which we freely draw contributing significantly to our 'collective psyche.' This embeds it in a way that is comfortable and effective for the people involved thus ensuring its survival. Intense and aggressive arguments do not often move opinion and can cause entrenchment but gently challenging other viewpoints using meaningful conversations can have lasting and evolving positive impacts.

A challenge – is not a threat but is professional way of asking a reasonably framed question to elicit a well thought out response from another colleague with whom you share clients. The most common response from medical colleagues whom psychologists challenge about psychotropic medication is, “ Thank you for taking the time to share your information and views.” This often leads to a review of their thinking and the medication concerned, even in some cases leading to the the complete phasing out of one or more drugs.

A Psychologically Based Campaign – is facilitated using underpinning psychological principles and theoretical  models to elicit change in individual viewpoints and ‘groupthink’ which empowers people in a positive direction, is easy to maintain and generalises well to other contexts. 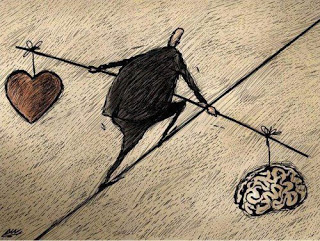 “There is nothing more powerful than an idea whose time has arrived.”  Steve Biko.

“When deception is so common place, telling the truth is revolutionary.”  George Orwell 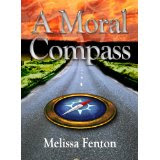 These quotes have provided a moral compass for the road on which the project has been heading since its inception until the present time where sometimes small but significant differences have been achieved both with individual casework, vulnerable groups of young people locally e.g. asking questions at reviews about the prescribing and monitoring of Looked After Children and at a national level in terms of policy outcomes such as the release of £400 million for psychological therapies following Pat McFadden's adjournment debate in Parliament.

The Factors and Variables that have Supported Positive Change as a consequence of the Campaign:

- -   Striving to form alliances with sympathetic individuals, groups of colleagues and professional bodies such as the Association of Educational Psychologists (Kate Fallon = General Secretary) and the Division of Educational and Child Psychology (Christopher Arnold = Chairperson) all  of whom have been very supportive.  My original inner circle of supporters were nick-named 'the Traxson 5,' and they have been a continuous source of constructive feedback and ideas that has nurtured the growth of support and helped to significantly change practice across the West Midlands.
-
- - Using the power of Social Media to develop a 'community of contacts' who share the same viewpoint -   e.g. having 500+ contacts for Linkedin including many academics, 300+ followers on Twitter, 100,000 downloads on the blog and last but not least regular inputs into EPNET continuous conversations.
-
- -  Targeting ethical media representatives who genuinely share the same concerns for children in our society.
-
- -  Using national conferences to launch debate and feed in sympathetic contacts to established networks.
-
- - Stimulating debate at any level within the micro, meso and megasytems of our progressive society.
-
- -  Appearing on media programmes and asking searching questions of proponents of the medical model.
-
- -  Providing powerful questions to use in schools by Pastoral Care Staff and modifying them based on feedback received.
-
-   Blogging daily messages, articles, opinions and video clips to ensure there is a variety and choice of stimuli.
-
-  Reinforcing the comments and practice of other colleagues who share concerns about over-prescription.
-
--   Volunteering to contribute to national and international consultations on DSM-5 e.g.BPS Response - 'The Future of Psychiatric Diagnosis,' June 2012.
-
--  Challenging questionable practice by claiming the ‘Ethical Legitimacy’ afforded by the HPC Code.i.e. if the actions of another professional put a 'service user' at risk of harm then there is a 'duty of care' to take action.
-
--   Informing line managers, deputy directors, politicians, and Professional Bodies of actions taken and the positive outcomes.
-
--  Modifying the next level of response and intervention based on the effective feedback received.
-
--  Answering colleagues’ and parents’ questions in a matter of fact and direct manner.
-
- -  Challenging individual doctors and related professionals about the Adverse Drug reactions of drugs they are prescribing.e.g. the damage to sleep patterns, tremors and tardive dyskenesia.
-
-  Sharing observations and conclusions about the impact of side-effects on a child’s life and wellbeing.
-
-  Celebrating significant steps forward achieved at all stages of the project with interested parties.
-
-  Writing articles promoting the strategies that have lead to either partial or significant success.
-
-  Targeting colleagues and allies who may well be happy to share ideas and promote healthy debate.
-
- - Collating a free bank of resources and strategies that are evidence based and effective.
-
-  Promoting the use of these scientifically effective alternative methodologies in a wider context.e.g. C.B.T., meditation, mindfulness, yoga and progressive relaxation training.
-
- -  Publishing any successes achieved by following the project's suggestions, protocols and ideas
-
-  And last but not least -

START A PETITION - to send to a governmental body when a target has been achieved to influence policy.

This can also give sympathetic colleagues a major role in recruiting signatures -
as for the one below:

“Safeguarding Children is the Paramount Responsibility of all Workers in Childrens’ Services.” as stated by many Directors.

Join the campaign to retrict the influence of DSM-5 in the U.K. in order to Safeguard our Children and Families.

http://www.gopetition.com/petitions/write-the-wrongs-in-dsm-5-n-i-c-e-must-issue-guidanc.html
Posted by dave traxson at 23:22