OFFICIAL STATEMENT of The Collective Initiative for the Clinic of the Subject STOP DSM: - Courtesy of Patrick Landeman, Child Psychiatrist, Paris 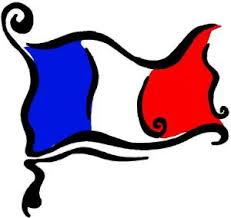 OFFICIAL STATEMENT of  The Collective Initiative for the Clinic of the Subject STOP DSM:

On the occasion of the publication of the French version of the DSM 5 (fifth edition of the Diagnostic and Statistical Manual of Mental Disorders), we wish to reaffirm our radical opposition to the foundations and use of the Manual. For more than thirty years, DSM has dominated the world’s psychiatric community. Originally a statistical tool intended to serve epidemiological and pharmacological research, it progressively invaded the entire field of psychiatry and especially its teaching to the different mental health actors, as well as its clinical practice. The DSM has failed in its effort to renew and modernize the diagnostic procedure and its reliability: the diagnostic categories listed in it are neither reliable nor valid, as the generalization of comorbid disorders clearly shows. Moreover, their usefulness for scientific research is equally dubious. The DSM has helped destroy the foundations of traditional clinical psychiatry, in the name of a hope for a soon-to-come discovery of biological markers, a hope that has failed to materialize. In supporting this belief, it has created a fertile ground for the worst kind of scientific reductionism, favoring the biological and medical model over the social environment and psychic reality.  Its approach, based on the systematic behaviorist exploitation of mental disorders, has blurred the lines between the normal and the pathological, giving rise to false epidemics and chimeras, encouraging the over-pathologizing of emotions and behavior, including the extremes that are part of human life, as well over-diagnosis, especially concerning children. Separated from the context in which they manifest, mental disorders have become the priority targets of medication, leading to over-prescription by lowering the inclusion thresholds. The DSM, which lacks any kind of solid scientific basis, has nevertheless become the reference tool for the entire healthcare economy and the assessment methods used by healthcare authorities. It has encouraged the development of a uniform way of thinking and a kind of newspeak, destroying the conditions of a honest scientific debate in the field of mental health; because the numerous conflicts of interests in its history, it has also created a severe crisis of trust, of legitimacy and reliability within the world’s psychiatric community. For all these clinical, ethical, scientific and public health reasons, we call for a rejection of the DSM as a reference. Instead, we encourage clinicians to refer to the CFTMEA (The French Classification of Child and Adolescent Mental Disorders), as well as the future CFTMA (French Classification of Adult Mental Disorders), which will be issued in late 2015, and open up a wide public debate on the questions surrounding these classifications.
Posted by dave traxson at 22:36