PERSONALITY DISORDER A 'CATCH ALL' DSM-5 CATEGORY - Could you recognise a personality disorder? 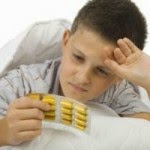 Could you recognise a personality disorder? Sinéad O’Sullivan and Aoibhin O’Neill conducted a survey to investigate awareness of personality disorders.
Sinead O'Sullivan
Personality disorders (PDs) affect 10 per cent of the population, according to Mark Lenzengweger, professor of psychology at the State University of New York at Binghamton. And recent research at University College London shows the need for greater awareness and educational programmes to give the public accurate information about PDs. With this information people who are affected by PDs can seek treatment, and everyone can develop a better understanding of the disorder in order to aid prevention.
The word “personality” refers to the pattern of thoughts, feelings and behaviour that makes each of us an individual. Our personality develops throughout our lives. However, people who experience a PD may find it more difficult to modify their behaviour, and hence cope with everyday life.
There are 10 types of PD: paranoid, schizoid, schizotypal, antisocial, borderline, histrionic, narcissistic, avoidant, dependent and obsessive-compulsive (not to be confused with obsessive-compulsive disorder)
I am a fifth-year student at Coláiste na Sceilge, in Cahersiveen, Co Kerry. Along with my classmate Aoibhin O’Neill I conducted a survey among students in my school to investigate their awareness of PDs.
We gave 60 participants a list of the 10 different types of PDs, and asked if they had heard of these mental disorders. Of those surveyed, 95 per cent hadn’t heard of any PD, and only 2 per cent said they had been exposed to information about PDs in the media.
We conducted another survey among a different group of students to find what young people perceived a PD to be. The three most common disorders they mentioned were bipolar (29 per cent), depression (16 per cent) and obsessive compulsive disorder (OCD; 11 per cent), However, none of these disorders are PDs, which significantly highlighted the lack of PD awareness among this sample.
We came up with the idea of compiling a guidebook about PDs. This would include the signs, symptoms and treatment options for each type of PD; and tips and self-help for those experiencing PD, and their loved ones.
In addition, we set up a Facebook page for the project and created our own hashtag to promote awareness about PD, ‘#PDawareness’. This project, entitled “Personality Disorders: Improving Awareness Amongst Young People”, qualified to take part in the 2015 BT Young Scientist. Once the guidebook was completed it was shared on our Facebook page. Mental Health Ireland also shared it, as did the Personality Disorders Awareness Network (PDAN), which gave us guidance throughout our project.
We tested the effectiveness of our guidebook with a survey consisting of a piece about Borderline PD, which outlined the symptoms along with the positive outcomes of treatment and seeking help (taken from our guidebook). We asked 60 participants whether they would seek help for (1) themselves (82 per cent said yes), (2) a family member (94 per cent said yes), and (3) a close friend (88 per cent said yes).
From these results it can be concluded that our guidebook is helpful in not only informing people about PD in a positive way, but also helpful in getting people to seek help if they spot signs of a PD in themselves or others. Fewer people said they would seek help for themselves, and this is often the case with people reluctant to seek support due to fear of stigma and being judged, and also being socially excluded for being mentally ill.
Our Facebook page reached over 1,100 likes by January. Our project received a fantastic response from the judges and public at the BT Young Scientist, with doctors and psychologists being among the attendees. We were visited by a friend of a sufferer of BPD, who stated that people don’t understand his friend’s condition, and that our project was most certainly needed.
Since the response at the exhibition I am determined to further increase awareness of PD in Ireland. I am currently working on a project for SciFest, where I’m investigating a possible link between personality disorder traits and how people feel and behave in relation to substance and internet use. Taking part in the BT Young Scientist exhibition was a phenomenal experience, and it has really opened my eyes to the importance of young people working to find solutions to everyday problems.
Posted by dave traxson at 08:37