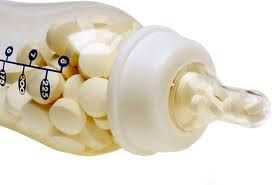 Summer babies 'more likely to be diagnosed with ADHD'

Summer babies are more likely to be diagnosed with attention deficit disorder at school because their relative immaturity confuses doctors, a study indicates.

By Matthew Moore
7:30AM BST 18 Aug 2010
http://www.telegraph.co.uk/health/healthnews/7950086/Summer-babies-more-likely-to-be-diagnosed-with-ADHD.html
CLICK ABOVE LINK TO READ MORE.
The youngest children in each class – those born just before the admissions cut-off date – are disproportionately likely to be treated for ADHD on starting Kindergarten.
Children born just a few days later, who join the subsequent academic year as the eldest in their class, show significantly lower levels of diagnosis.
With most Kindergartens opting for a birthday cut-off around September 1, this means that babies born in July and August are most likely to face an ADHD diagnosis.
However, the researchers behind the study dismissed the idea that children born in summer were more prone to the disorder.
The sharp difference in diagnosis levels – children born a few days before the cut-off are 25 per cent more likely to be told they have ADHD than those born a week later – suggests that the problem lies in how doctors and teachers perceive the behaviour of pupils.

Dr Melinda Morrill of North Carolina State University, who led the study, said: "This indicates that there are children who are diagnosed, or not, because of something other than underlying biological or medical reasons.
"We believe that younger children may be mistakenly diagnosed as having ADHD, when in fact they are simply less mature.”
Some experts have dismissed ADHD as an excuse used by the parents of naughty children to medicalise unruly behaviour.
Dr Morrill stressed that her research did not challenge the broad medical consensus that attention deficit disorder is a genuine condition, but suggested that some young children are being prescribed drugs such as Ritalin unnecessarily.
The academic acknowledged that there may also be a problem of under-diagnosis among older children, but said this was likely to be secondary cause.
She said: "We are not downplaying the existence or significance of ADHD in children. What our research shows is that similar students have significantly different diagnosis rates depending on when their birthday falls in relation to the school year."
The amount of money spent on prescriptions to treat ADHD in Britain has increased by two-thirds in four years, with schoolchildren now taking £31 million worth of drugs for the condition.
There are concerns that some parents are pressuring their family doctors to prescribe Ritalin as a “quick fix” solution for poor concentration, when counselling and discipline might be preferable.
The latest research, based on an analysis of two US health surveys and a health insurance claims database, is published in the forthcoming issue of the Journal of Health Economics.
Posted by dave traxson at 10:16