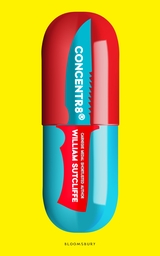 Non-academic children are likely to grow up thinking of themselves as failures or, increasingly, as sufferers from mental disorders, says the author of a new satirical novel about the ADHD epidemic
The classroom is not a natural environment. Children did not evolve to sit obediently in rows listening to an adult tasked with dispensing knowledge.
Highly artificial though it is, the classroom has been adopted by more or less every culture, as the most appropriate setting to prepare children for adulthood. It works for the vast majority of children.
But, for as long as there have been classrooms, wherever they may be, there has always been the odd child who cannot stomach being there. How that child is treated serves as a barometer of a culture’s tolerance and attitude towards the idea of childhood.

In the UK, up until some hard-to-pinpoint cultural shift in the 1960s or 1970s, obedience was seen as probably the single most important characteristic a child was expected to learn. Accordingly, parents were happy to accept that a stranger, if accredited as a teacher, would be allowed to beat their child with sticks, belts or slippers until an appropriate degree of obedience was instilled.
As our society changed, and corporal punishment began to be questioned and then, ultimately, outlawed, other forms of discipline had to be found. We tell ourselves that our modern, reward-based methods of cajoling children to behave how adults wish them to are infinitely more humane than the brutal physical punishments of the past. Yet, when we look at what happens to children who don’t respond compliantly to the usual inducements – those who continue to disrupt a classroom – the humanity of mainstream methodology is questionable.
Every parent knows that a child who is bored is likely to become inattentive or disruptive. But a contemporary child who will not sit still, cannot listen and keep quiet when required, and won’t obey the teacher stands a high chance of being given a diagnosis of attention deficity hyperactivity disorder (ADHD), and with it a prescription for Ritalin or some other stimulant medication. The same behavioursthat were once seen as "naughty" or "bad" are now often categorised as a mental illness, and "treated" with drugs. The pharmaceutical-medical complex has convinced us that this diagnosis and medication constitutes compassionate help for a sick child. The medical evidence, however, is sketchy.

Has Ritalin replaced the rod?

Sami Timimi, consultant child psychiatrist at Lincolnshire Partnership NHS Foundation Trust and professor of child psychiatry at the University of Lincoln, agrees that those children who get an ADHD diagnosis are exhibiting often challenging and destructive behaviours. But he points out: "There is no robust evidence to demonstrate that what we call ADHD correlates with any known biological or neurological abnormality."
There is still no diagnostic test – no marker in the body – that can identify a person with ADHD. The results of more than 40 brain scan studies are described by Timimi as "consistently inconsistent". No conclusive pattern in brain activity has been found to explain or identify ADHD, which raises the question of whether this is truly a brain disorder that should be treated with a psychoactive drug, or is simply the contemporary label that is attached to non-compliant behaviour.
Few people in the 1850s or even the 1950s questioned the efficacy of the cane. Nowadays, Ritalin goes mostly unchallenged as method for coercing conformity out of disobedient children. Voices of dissent, however, are gaining ground. Even the BMJ, in a 2012 article, has asked, "Has Ritalin replaced the rod?"
Matthew Smith, senior lecturer in history at the University of Strathclyde and author of Hyperactive: the controversial history of ADHD, takes this argument even further. He says that we have gone beyond pathologising naughtiness as a mental disorder, and have reached a point where: "All sorts of children, simply those that daydream and don’t pay attention, can now be diagnosed with ADHD and placed on medication."

ADHD is reaching epidemic proportions. UK prescriptions for Ritalin and other similar ADHD medications have more than doubled in the past decade, from 359,100 in 2004 to 922,200 last year. In America, some estimates say 15 per cent of children now have the diagnosis. It generates pharmaceutical sales worth $10 billion (£7.4 billion) per year, a 50-fold increase in 20 years. Yet clinical proof of ADHD as a genuine illness has never been found.
Do these figures correlate with our belief that we are developing into an increasingly tolerant, child-friendly society? What does it say about us that more and more of our children are being told they have brains that are so defective they require a powerful long-term psychoactive drug intervention to render them tolerable members of society?
If it is a genetic disorder – a chemical imbalance in the brain requiring chemical correction – an epidemic can only be explained by the idea that there have always been a significant percentage of mentally ill children in our midst, and we have only recently become enlightened enough to identify them and give them the help they need.
If you question the notion of ADHD as a genuine genetic disorder, another explanation comes to the fore. As education becomes increasingly centralised and conformist, more rigidly tested, with schools facing sanction for failure to rack up measurable improvements on narrow governmentally fabricated criteria, intense pressure trickles down through the entire system from the education minister via headteachers to teachers, to the children themselves.

Underperformance must be explained

Children who do not perform and conform have always been a worry to teachers who want to educate and care for their charges. Now they are a threat to that teacher’s job security. Underperformance must be explained away. A diagnosis of special educational needs and disability (SEND) is a quick way to release some of that pressure.
Equally, it is hard for parents to resist the prevailing test-oriented ethos of what constitutes the success or failure of their child’s educational progress. In a world of competitive parenting, in which a "high-achieving" child is a badge of pride, a "low-achieving" child the cause of shame, few have the confidence to question the criteria by which success is being measured.
Not all of us are cut out for white-collar desk jobs. Yet British education purports to measure our worth as a human being solely by judging our aptitude for this kind of task. A non-academic child is likely to grow up thinking of him or herself as a failure, or, increasingly, as a sufferer from a mental disorder.

Teachers are linchpins in the process by which a child can be placed on long-term psychoactive medication and given a label of mental illness which, while it may seem to absolve parent, teacher and child of blame, can also leave deep scars in that child’s self-esteem. It is of vital importance that parents and teachers alike inform themselves of alternative voices in the ADHD debate, and are careful to ask themselves whether altering a child’s behaviour with a drug is truly the most compassionate approach in the long-term interests of that child.
Challenging behaviour is so-named not because it challenges the child but because it challenges the parent or teacher who requires compliance and cooperation. If Ritalin, which can calm down a misbehaving child with extraordinary rapidity, is soaring in popularity because it generates obedience in an ever-more prescriptive and competitive education system, rather than to cure a genuine genetic disorder, this gives rise to some painful questions about our society.
We may seem more child-centred and more compassionate, but are we? In 50 years’ time, will the drugging of millions uncooperative children with docility-inducing amphetamines seem as brutal as physical beating does now? There is a chance that it may.
William Sutcliffe’s novel, Concentr8, a satire on the ADHD epidemic, is out now in paperback. It is published by Bloomsbury, priced £7.99. He tweets as @Will_Sutcliffe8
Posted by dave traxson at 18:52