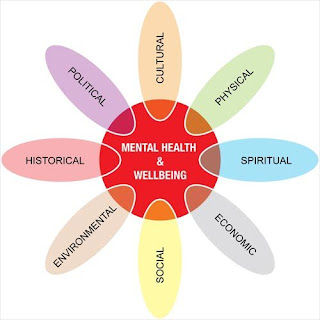 In a recent study published in Frontiers in Psychology, an international, interdisciplinary team of researchers composed of Ulrich Dettweiler Gabriele Lauterbach, Christoph Becker, and Perikles Simons examined the satisfaction of basic psychological needs (BPN) in relation to intrinsic motivation in lower secondary students. Results indicated that BPN satisfaction is notably higher among students in an outdoor learning context than an indoor classroom and that outdoor learning fosters intrinsic motivation among students in the context of science education.
Access to a two-week outdoor educational intervention program at a Student Science Lab in the Alpine National Park Berchtesgaden made up of one week of classroom-based learning and a second of nature-based learning enabled researchers to compare BSN within and beyond the constraints of classroom walls. Because this program has been running May to September over the course of multiple years, Dettweiler and team were able to compare BSN motivational effects between 2014 and 2016.

“The current study of a short-term curriculum-based residential outdoor learning course, examined students’ learning motivation in the context of Self-Determination Theory. The guiding research question was if and to which degree the satisfaction of basic psychological needs affected self-regulated learning, measured with the Self-Determination Index (SDI).”

It is unlikely a product of coincidence that many studies looking at patterns in ADHD diagnosis so often address prevalence among school-aged children. Lack of focus, attention, and motivation often become pronounced when structures are imposed in school that are incompatible with many students’ strengths and interests.
Dangerously, research pertaining to ADHD-type patterns and behaviors more often address children’s “problem behaviors”, and seldom address “problem conditions” in schools that may account for lack of interest and motivation among students. Although high expectations and structure may be supportive for a broad range of students within an interesting, engaging learning environment, structure and disengagement together represent an unproductive combination.

“In educational contexts, a student is more likely to become intrinsically motivated to learn if a specific task is inherently interesting and enjoyable, and the associated behavior is based on an internal perceived locus of causality.”

The rationale for work endeavored by Dettweiler and team exists both in educational and psychological research. In addition to recent research in the field of education indicating academic benefits to educational interventions integrating green environments, outdoor exposure has been found to be therapeutic in reducing depression and anxiety.
Johann Hari’s new book, Lost Connections: Uncovering the Real Causes of Depression—and the Unexpected Solutions, highlights the power of nature exposure in combatting depression. Detweiler et al. do not explicitly speak to the relationship between outdoor immersion and mental health, but do point to the relief of learning outdoors for students and the related increase in BSN satisfaction.
Self-Determination Theory (SDT), which revolves around the concept that “one’s learning motivational behavior is defined as a self-regulated action”, guided Dettweiler and colleagues’ project design and analysis. The SDT suggests that learning motivation, and ultimately the development of intrinsic motivation, is contingent upon the satisfaction of BPN. BPN has been conceptualized to encompass autonomy (motivation to engage in learning behavior free of external pressures), competence (self-perceptions of a grasp of material), and relatedness (perceptions of relationships to teachers and peers).
A convenience sample of German lower secondary school students (N = 281), with an average age of 12, were included in this study. The number of female students in the sample exceeded the number of male students (with a ratio of 6:4). Although researchers were not able to control for students’ family incomes, similarities in socio-cultural backgrounds of students included in the sample were noted. Data from multiple program sessions were represented in data analyzed, illustrating patterns across multiple years of the program.
Social learning, personal development, and ecological knowledge were priorities emphasized across both weeks of the program, including one week in a classroom setting and the second in a curriculum-based 5-6 day residential outdoor learning course. Both weeks, participating students filled out the Basic Psychological Need Satisfaction Scale (BPNS), and an adapted version of the Academic Self-Regulation Questionnaire (SRQ-A). A bespoke word-associative method task was used to evaluate students’ knowledge and attitudes surrounding their experiences within the program. Focus groups were also conducted after the second week of the program to inform qualitative analyses of the program impact.
Researchers employed a mixed-methods approach to data analysis and used a set of Bayesian General Linear Models with random effects to examine the “subjective probability” of the data, comparing study outcomes to prior beliefs. Among a number of interesting findings, perhaps the most significant is that autonomy- and competence-support best account for increases in intrinsic motivation among students across settings, whether within classrooms or exploring nature.
Given the opportunity to lead mini-ecological investigative initiatives, students rose to the occasion and acted in accordance with self-perceived competence and autonomy. Motivation to learn appears to be more self-regulated outdoors, regardless of student gender.

Student-teacher relatedness appeared to be the BPN feature with the lowest impact on intrinsic motivation, but despite this relative difference, the impact was still noteworthy. Teachers willing to go out of their way to facilitate student satisfaction and support were best-liked by students, and relationships were identified between student-teacher relatedness and student autonomy.
Dettweiler and colleagues conclude by recommending the integration of experiential and immersive outdoor components to standard science curricula. It may not be possible to break down classroom walls and to replace them with trees, but providing students with hands-on opportunities to exercise autonomy while practicing that which is introduced in a classroom-based lesson may enhance learning and motivation. Implications for anxiety reduction and psycho-social implications warrant future investigation.
Posted by dave traxson at 23:53