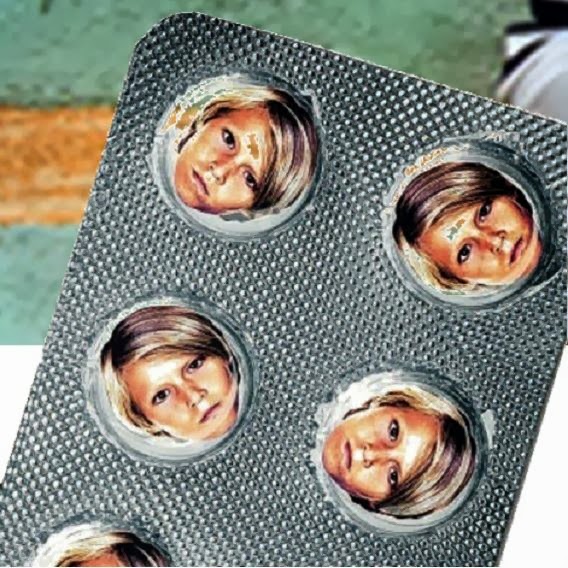 
Psychotropic drugs affect your mood, behavior and perception by changing the way your brain functions. The drugs mainly target the central nervous system by leaving the blood and entering the brain. They are prescribed for various symptoms and diseases that include but are not limited to anxiety, depression, bipolar disorder, attention deficit disorder (ADD), attention deficit hyperactivity disorder (ADHD) and schizophrenia.


Specifically, the antidepressants known as selective serotonin reuptake inhibitors (SSRIs) are used to correct low levels of serotonin in the brain, which has been suggested to be a “chemical imbalance.” Many patients believe they have this “chemical imbalance” that requires medication, such as Zoloft. However, science has failed to prove this serotonin theory do to lack of conclusive evidence1. In 2005, the president of the American Psychological Association, Stephen Sharfstein, said that there is no evidence to prove that chemical imbalances are related to mental disorders2.


In addition, psychotropic drugs have been shown to cause serious side effects, such as diabetes, heart disease, miscarriages, weight gain and suicidal thoughts in children and adolescents, to name a few. As of 2008, a total of 63,000 people had committed suicide while taking SSRIs2. Interestingly enough, these SSRIs were known back in the 1980s to cause violent behaviors and suicidal thoughts before they even went on the market to be sold!


Side note about diet and depression: a recent University of London study, led by Dr. Eric Brunner, followed the eating habits of 3,486 adults for 5 years. The study revealed that those who ate diets high in processed and fast foods were almost 60% more likely to suffer from depression.


Researchers found a link between psychotropic drug usage and sudden cardiac death. This could be in part due to the dosage, the toxins in the drugs and/or underlying cardiac risk. When taking psychotropic drugs, sudden cardiac death is more likely to occur in the individuals as risk for cardiac disease when compared to their healthy counterparts4. Additionally, psychotropic drugs have been shown to cause less drastic cardiac problems, such as irregular heartbeat and high blood pressure that occur in patients with no cardiac risk prior to consumption of the drug5.


Researchers have suggested that pregnant women with anxiety or depression are more likely to have a miscarriage or perinatal death when taking psychotropic drugs during their first trimester when compared to women who did not take the drugs6. Another study found similar results with pregnant women twice as likely to have a miscarriage or spontaneous abortion and three times as likely for the baby to have abnormalities if prescribed a psychotropic drug during the first trimester7. There have also been reports that pregnant women exposed to the SSRI Paxil were twice as likely to have babies with major birth defects, primarily heart malformations8-9.


The number of psychotropic drugs prescribed to adolescents between the ages of 14 and 18 increased 250% from 1994 to 200111.  A randomized control trial looking at 1,000 individuals found that children taking a SSRI or children that recently stopped taking a SSRI were almost three times more likely to commit suicide (3.4%) than those taking the placebo (1.2%)12. Similar results showed that children prescribed antidepressants were twice as likely to commit suicide than children not prescribed psychotropic drugs13.


In regards to depression, a number of studies found that SSRIs did not improve depressive symptoms in children when compared to the placebo group14-15. The sad truth is that not only do psychotropic drugs potentially increase suicide in children, but there is little evidence to suggest that they even help the symptoms.


There are usually many underlying causes to mental challenges or dysfunctions, emotionally and physically, and can stem from lifestyle. Some causes can be a lack of Vitamin D, Vitamin B12, too much salt or sugar in your diet, not eating enough healthy fats like Omega-3′s, lack of sleep,  and lack of exercise.


Remember, drugs should be your last choice. If you or your child is suffering from an emotional or mental challenge, please do seek help, but I recommend finding a professional who does not prescribe psychotropic drugs as a first, or only, form of defense.


If you or your children are taking psychotropic drugs, I strongly urge you to educate yourself and work with your physician to seek alternative options. Instead of dangerous medications, first seek counseling and truly address the root cause of any depression or behavioral disorder. Also address other dietary and lifestyle issues like Omega-3 and niacin deficiencies, mercury toxicity and lack of exercise.